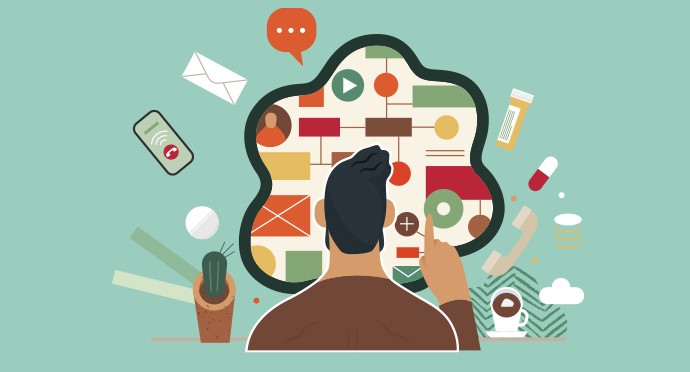 Pf is proud to announce a new, free webinar with OKRA focused on AI in pharma sales. Called ‘Why Next Best Action is not enough’, a panel will discuss the urgent need to move beyond the current trend of adding simplistic or ‘dumb’ AI tools to sales force dashboards.

These AI tools make sense for managers – they are very easy to apply, inexpensive, and give representatives an enhanced view of the market – but in the medium-to-long term will likely cause more harm than good.

FREE WEBINAR: Why ‘Next Best Action’ is not enough
How to create empowering, trusted AI systems for pharma field teams

During the webinar we will discuss why we must immediately take more care when installing these systems. In particular, we must avoid three common traits:

Most of us would recoil in fear if we were told that our next manager was going to be an autocrat. We would far rather a boss who used carrots rather than sticks to motivate his/her workforce. We would value empathy and flexibility in our leadership: ultimately, it’s preferable to have someone we want to work for.

Yet the next best action systems are very much the opposite. They bark out single-line instructions that come with very little nuance. Even if they are right, it won’t take long for us to want to ‘rage against the machine’.

The vast majority of AI systems being deployed are ‘black box’. And there’s a very good reason for that: AI systems learn as they go, and it eventually becomes more and more difficult to understand their reasoning. In fact, the more sophisticated and intelligent the AI, the harder it is to explain the decisions it makes.

But like the autocratic manager, we quickly lose trust and respect if we cannot break down our actions or decisions into rational arguments.

There are different grades of AI. Many of the systems being deployed currently are ‘rules-based systems’ – where an inferior artificial intelligence is given guidelines and parameters to work with, in order that it can figure out what it needs to.

And you would think that by setting up such a scenario, you would be helping the AI, a little bit like adding stabilisers onto a child’s bicycle to stop them falling over.

However, it is also easy to understand that nobody would ever compete in the Tour de France with stabilisers on their bike. These stabilisers would stop you from ever becoming an elite cyclist, and rules-based systems are similarly unable to become as smart as we require.

Non-rules-based systems, or ‘deep’ AI, are far more difficult to create. Typically, such systems are not even told the rules of the game when they start playing. However, they quickly supersede their counterparts and become insightful – and useful.

Our industry has experienced countless ‘digital transformation’ initiatives that have failed to get off the ground. Often that’s not because of the sophistication of the technology but because of the lack of belief or trust in the system. Next best action systems are no different in this regard.

Join this free webinar to witness the solution – what is possible – and how to avoid these common pitfalls that could otherwise result in a lot of wasted money, morale and a lack of interest in engaging with future solutions.

FREE WEBINAR: Why ‘Next Best Action’ is not enough
How to create empowering, trusted AI systems for pharma field teams