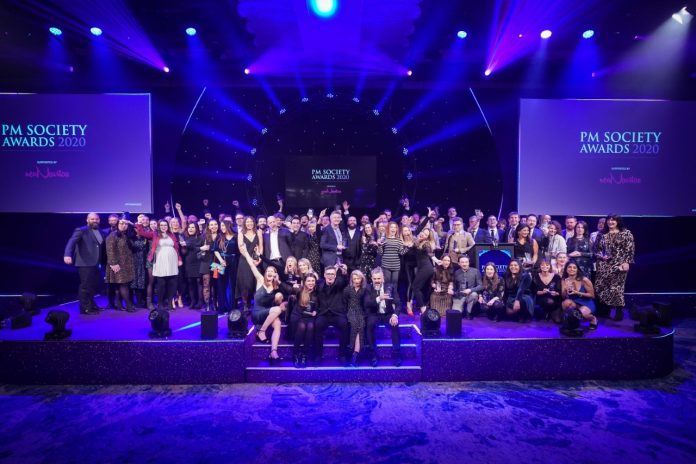 The event is the largest in the industry awards calendar and attracts around 900 people from across pharma companies and agencies. The ceremony was skilfully hosted by Claudia Winkleman in combination with comedian Zoe Lyons and everyone’s favourite voice, Alan Dedicoat, the voice of Strictly. Although the Gold Awards were dominated by Havas Lynx Group and VCCP, there were 21 different agencies and 30 different pharmaceutical or healthcare organisations that received a Gold, Silver or Bronze.

Best of Show this year was chosen by Head Judge Oliver Caporn who selected VCCP’s film ‘Hairspray’ from their ‘Acts of Love’ campaign developed for Teva. Oliver said of the film: “Although not the most awarded entry in the show it won its own category hands down and has stuck with me since the first time I saw it. An emotional, well written, beautifully cast and directed film, not just for pharma but by any standards. Clever use of misdirection and humour keep the viewer engaged from the first frame. Then that final twist surprises and delights, and brings a lump to the throat. But the crucial ingredient when judging…it made me wish I had done it.”

There were a number of notable results this year with Havas Lynx Group retaining three of last year’s category wins – Interactive Communications, Disease Awareness – Patients and Best use of Insight. Envision Pharma Group also retained the Events and Exhibition title for another year.

The PM Society Awards recognise creativity, impact and innovation across pharmaceutical and healthcare advertising and communications. They are still unique in including Target Awards that are judged by nationwide online surveys of healthcare professionals or pharmaceutical executives – the “targets” of the work. Other categories are judged by panels of Creative Directors and industry experts.