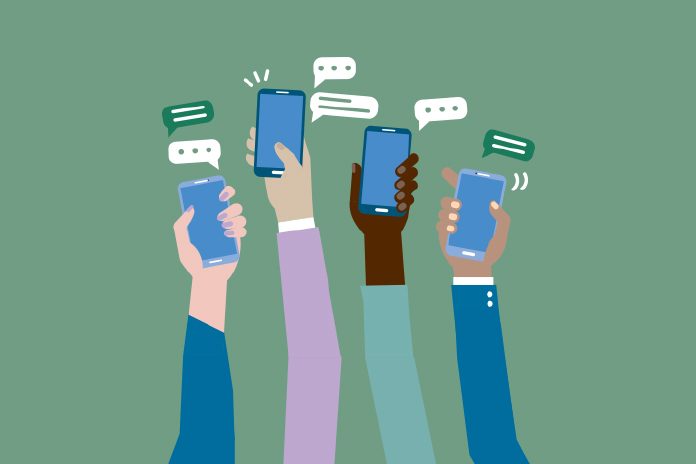 The brainchild of three Yorkshiremen, Logan Smith, Doug Dennison and Robin Cunningham, the app enables users to create bonds with people they wouldn’t ordinarily meet and to bridge a gap between a patient’s appointments with mental health specialists.

The free app has been designed to help people living with mental ill health find friendship and support whatever their state of mind.

Built around research and consultation with a number of mental health charities and agencies in the UK, the app allows users the choice to appear ‘masked’ (using an emoji to convey their state of mind) or ‘unmasked’, as themselves.

According to the developers, the app, which has been written in conjunction with Middlesbrough based developers MGC, enables users to reach out to other people with mental health issues to find support, have a chat or share experiences.

Users can search by age, location and illness to chat with peers to give and receive support in times of need. This app is a 24/7, 365 days-a-year support platform, which aims to cover the whole of the UK.

Users of Unmasked can block or report other users and, in vulnerable times, can press an alert button, which automatically dials through to the Samaritans crisis line.

Designer Chris Carroll, originally from Bradford, said: “Users can find others of a similar age, in their local area or those who suffer from a similar illness. They can remain  anonymous if they prefer to, or they can choose to appear as themselves.

“The app is designed to help people access the support they need on a day-to-day basis because sometimes all someone needs is a message of support to say ‘I know what you’re going through and I understand.’ We hope this app will provide that.”

The team behind the app says that safeguarding is one of their highest priorities. The system recognises certain keywords or derogatory terms and will alert the moderators to avoid any kind of bullying or harassment. “The app is all about support and encouragement and users can give as much or as little information about themselves as they feel comfortable with,” Carroll adds.

The team has also been in contact with major corporate organisations, which have shown interest in supporting the positive wellbeing of their workforce to help reduce the stigma of mental ill health within the workplace.