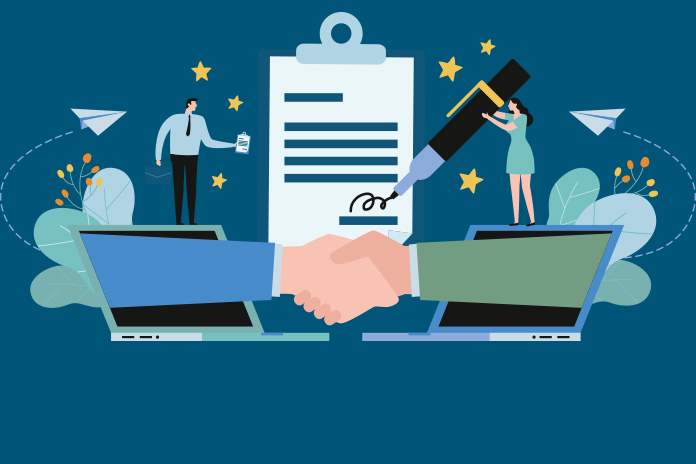 NICE has recommended a new combination treatment for some lymphoma patients meaning that hundreds of people will benefit.

The new draft guidance published by NICE recommends polatuzumab vedotin (Polivy, Roche) in combination with rituximab and bendamustine. The combination treatment is recommended for adults with diffuse large B-cell lymphoma (DLBCL) that has relapsed or not responded to primary treatment and who cannot have a haematopoietic stem cell transplant.

Around 4800 people in England have DLBCL, of whom around 530 will be eligible for the treatment.

The positive recommendation follows consultation on NICE’s previous draft guidance which did not recommend the treatment. The company has since offered an updated commercial arrangement and submitted new analyses that address previous issues around the methods for estimating long-term survival. This means that the treatment is now considered a cost-effective use of NHS resources.

Clinical trial evidence showed that the cancer became undetectable in around 40% of the 40 patients treated with polatuzumab vedotin with rituximab and bendamustine, compared with around 18% of the 40 patients treated with rituximab and bendamustine alone. However, there is uncertainty in the submitted data on long-term remission.

Evidence also suggests that the combination treatment may increase progression-free survival and overall survival compared with rituximab and bendamustine alone.

Meindert Boysen, Deputy Chief Executive and Director of the Centre for Health Technology Evaluation at NICE, said: “We are pleased to be able to recommend this new treatment that could extend the life of patients with this type of lymphoma.

“I know how important this news will be for patients suffering with this condition; polatuzumab vedotin is considered to be a promising new treatment in an area where there are very few options. The combination treatment may offer valuable time for patients to spend with their loved ones.”

Pia Ballschmieter, Haematology Franchise Lead at Roche Products Limited said: “People with relapsed or refractory diffuse large B-cell lymphoma have limited treatment options, especially those who are not candidates for haematopoietic stem cell transplant. We are proud to have collaborated with the clinical community and NICE to ensure that, from now on, people are able to benefit from Polivy, which represents a step forward in the treatment of this disease.”

DLBCL accounts for two in five Non-Hodgkin’s lymphoma cases in the UK. It is an aggressive disease that progresses rapidly, with a significant negative impact on the quality of life of patients.

Delivered intravenously every three weeks, the average cost of a course of the combination treatment is £50,416 at its list price, but the company offered the NHS a confidential discount.

NICE expects to publish its final guidance on polatuzumab vedotin with rituximab and bendamustine for DLBCL in September 2020.