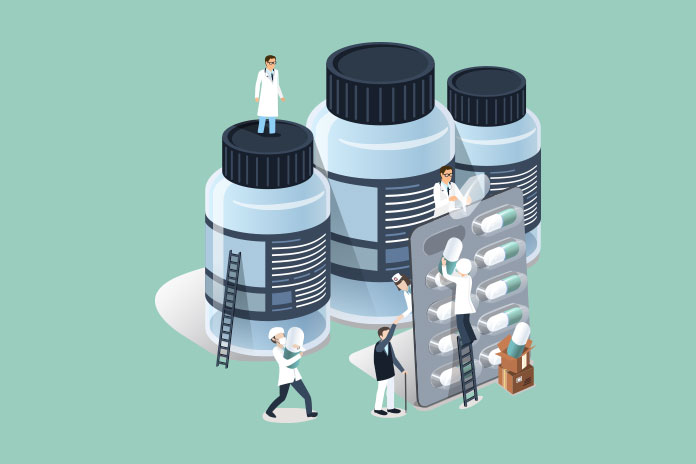 A new drug that has passed safety tests in adults is likely to be effective against the aggressive childhood cancer neuroblastoma, Cancer Research UK-funded scientists have found.

Their findings have been published in The Journal of Clinical Investigation today1, with plans to make the drug available to children through a clinical trial by the end of the year.

Each year, approximately 85 children are diagnosed with neuroblastoma, a type of nerve tumour which is hard to treat and often comes back after intensive treatment2. Existing therapies for aggressive forms of neuroblastoma are very intense and take a toll on young patients, often leaving them with long-term side effects. This means there is an urgent need to develop smarter treatments that are less toxic.

One way to create more precise treatments is to find drugs that target genes which make the tumour more aggressive and enable it to grow faster. Changes in a gene called N-Myc occur in aggressive forms of neuroblastoma – for instance, children with cancers that have many extra gene copies of N-Myc are usually considered to be at high risk and receive very intense treatment.

Because of this, N-Myc may be a particularly good target for treatment in neuroblastoma, as it is found mainly in cancer cells and not normal healthy cells. Unfortunately, the structure of the N-Myc ptrotein makes targeting it extremely challenging, and efforts until now have been unsuccessful.

Now, scientists at The Institute of Cancer Research, London, have found an indirect way to target N-Myc, in a move that could be a game-changer for children with aggressive neuroblastoma.

Professor Louis Chesler and his team of Cancer Research UK-funded scientists at The Institute of Cancer Research (ICR), who received additional support from Children with Cancer UK, worked with international collaborators at the Baylor College of Medicine, Houston. They found that a new drug, fadraciclib, is effective at blocking N-Myc activity. The drug, which has already passed safety trials in adults, was jointly discovered by scientists at The ICR in collaboration with the company Cyclacel. It works by switching off the production of N-Myc.

After making sure that the drug was effective at killing neuroblastoma cells with many N-Myc copies in the lab, the researchers looked at whether it could block neuroblastoma growth in mice. Given by itself, the drug slowed down and stabilised tumour growth, and the mice who received it also survived for longer after treatment than untreated mice – more than twice as long in most cases.

The team then looked at whether fadraciclib could be used together with chemotherapy in mice. They used temozolomide, a chemotherapy drug commonly used to treat children with neuroblastoma who relapse. Alone, each drug helped slow tumour growth but when given together, the drugs shrank the tumours to the point of virtually eradicating them.

The researchers believe their findings are robust enough to warrant making the new drug available to children with high-risk neuroblastoma. Their trial is due to open by the end of the year, having been delayed by the global COVID-19 pandemic. Researchers believe that the drug could also be effective in other aggressive childhood cancers and in breast tumours and MLL leukaemia.

Clinical trials for fadraciclib will be carried out as part of the international E-SMART3 clinical trial, supported in the UK by Cancer Research UK, and designed to radically widen the scope of treatments available for children and young people. E-SMART allows researchers and patients to benefit from an already established clinical trials infrastructure4 that allows new treatments options to be quickly evaluated as they are developed, as is the case here. Professor Louis Chesler worked with Dr Lynley Marshall, Consultant in Paediatric and Adolescent Oncology Drug Development at the The Royal Marsden NHS Foundation Trust, who is the UK clinical lead on the trial.

Lead author Professor Louis Chesler, Professor of Paediatric Cancer Biology at The Institute of Cancer Research, London, said: “Our study opens up the potential to treat children with aggressive cancers, such as neuroblastoma, with a class of precisely targeted cancer medicines that may be smarter and kinder. Children with cancer have not yet benefited enough from these medicines, which have reached adults with many kinds of cancer.

“It’s very important that we now focus on expanding the use of precision medicines in children’s cancers, guided by very detailed knowledge about their unique genetic makeup. This is what we are aiming to do with fadraciclib. It’s incredibly exciting to see this first drug head towards clinical trials, and I am very hopeful that it will prove as effective in patients as it has in the lab. We are also working on other drugs that could potentially block N-Myc in future.

Michelle Mitchell, chief executive at Cancer Research UK, said: “I’m incredibly proud of the work our researchers have done to provide this hope for children with neuroblastoma. Children with aggressive cancer often go through gruelling treatments that, even when successful, may cause long-term side-effects. They still have their whole lives ahead of them, so it’s paramount to develop alternatives that won’t affect their quality of life in the long run.”

Professor Paul Workman, Chief Executive of The Institute of Cancer Research, London, and co-author on the paper said: “Our new results are very encouraging and could represent a huge step in advancing the treatment options available for children with cancer. Targeting N-Myc with a drug was thought to be an almost impossible task because of how challenging the N-Myc protein structure is to drug directly – so it’s very exciting to see fadraciclib showing promise by switching off the production of N-Myc.

“It’s fantastic that fadracliclib will be reaching clinical trials in childhood neuroblastoma patients and hopefully benefiting them soon. Discovered at the ICR in collaboration with Cyclacel, fadraciclib is the perfect example of our scientists’ bench to bedside research in action, also of the close interaction with our clinical partners in the Royal Marsden.”

[2] Based on the average annual number of new cases of neuroblastoma and other peripheral nervous cell tumours (ICCC-3 IV) diagnosed in children under 15 years of age in England between 2001 and 2015. Source: National Cancer Registration and Analysis Service, Public Health England, Childhood Cancer Statistics, Annual Report 2018, England

[4] The Cancer Research UK Clinical Trials Unit (CRCTU) is based at the University of Birmingham and was instrumental in bringing the E-SMART trial to the UK. The Trials Unit, includes Cancer Research UK’s national centre for childhood cancer trials and runs small Phase I trials to large multi-centred international randomised trials and has a mission to translate cutting edge research into clinical practice.