The recommendation is for the pemetrexed injection to be used as part of maintenance therapy, a relatively new concept in lung cancer treatment to commence immediately after patients have completed first-line treatment, in an effort to sustain disease control.

Dr Allen Melemed, Senior Medical Director of Alimta at Lilly Oncology, said: “Lung cancer is one of the most difficult cancers to treat and new therapy options are much needed.”

The CHMP’s recommendation will be reviewed by the European Commission, which will decide whether to approve the treatment for indication in Europe.

Dr Melemed commented: “If approved, Alimta would be the first tailored treatment option based on efficacy that can potentially extend lives beginning in first-line treatment and continuing through maintenance in advanced nonsquamous non-small cell lung cancer.”

The CHMP’s opinion was based on clinical research results from Paramount, a randomised, double-blind Phase III study involving patients with advanced nonsquamous NSCLC. Participants received initial therapy with four cycles of Alimta plus cisplatin. Patients whose disease did not progress continued to the maintenance phase, where survival was assessed in patients who received Alimta plus best supportive care (BSC), compared with those who received a placebo plus BSC.

Alimta is already approved in the first-line, maintenance and second-line settings in the EU and US for the indication. The treatment was originally recommended by NICE in September 2009 to treat the cancer on the NHS in the UK, but reversed its decision in December 2009, citing data uncertainties. NICE came to a final recommendation in June 2010.

Lung cancer is the most common form of cancer in the world, causing 1.3 million cancer deaths each year. NSCLC contributes to 85-90% of all lung cancers. 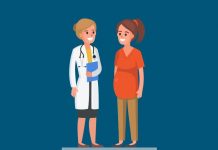