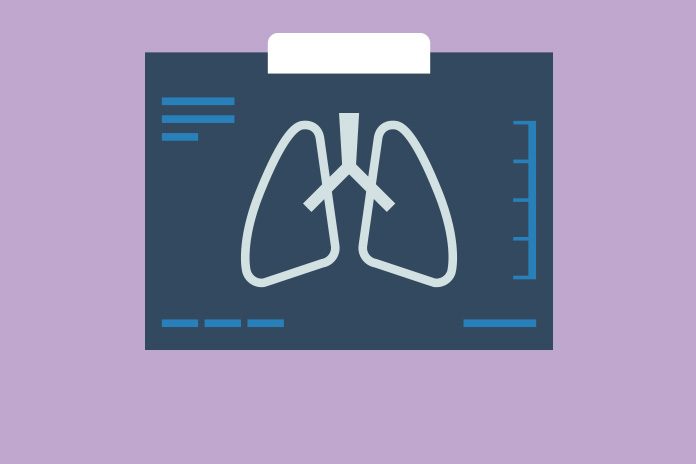 The National Institute for Health and Care Excellence (NICE) recommends in draft guidance that immunotherapy drug pembrolizumab (also known as Keytruda), used with pemetrexed and platinum chemotherapy, should be a treatment option for people with untreated advanced lung cancer.

NICE estimates that more than 3,000 patients in England may be eligible for this combination treatment.

Made by MSD, pembrolizumab works by targeting a specific protein on the surface of cells which is involved in the body’s immune response to cancer.

MSD reported that in a clinical trial, this pembrolizumab combination therapy gave patients nearly four additional months without their cancer progressing, compared with standard treatment of pemetrexed with platinum chemotherapy.

NICE said that as further evidence is needed on the benefits of the treatment, it could not be considered for routine NHS use.

However, it recognised that it has the potential to be cost effective, and was likely to extend life. This made it eligible for use on the CDF.

Under the CDF managed access agreement, MSD will continue to collect data on the treatment’s effectiveness until June 2019, after which there will be a further review of this guidance. The treatment, which individual patients can receive for a maximum of two years, will continue to be available during this review.

In September, MSD announced that the European Commission had granted KEYTRUDA® a licence for use in combination with pemetrexed and platinum-based chemotherapy for the first-line treatment of metastatic non-squamous non-small cell lung cancer (NSCLC) in adults who have no EGFR or ALK positive mutations.

Meindert Boysen, Director of the NICE Centre for Health Technology Evaluation, said: “Over the past two decades there have been few improvements for people with this type of lung cancer so we are pleased to support access to this new option via the Cancer Drugs Fund, and keen to see further data on its effectiveness as it becomes available.

“NICE recommends that this treatment is given for a maximum of two years, because it is thought that patients do not need to continue treatment beyond this point to achieve the benefits. NICE will consider this point when we review the additional evidence.”

Professor Charles Swanton, Cancer Research UK’s Chief Clinician, said: “This decision is good news for people affected by this type of lung cancer. This drug combination has shown significant benefits for some patients in clinical trials, helping them to survive their cancer for longer.

“This also shows the value of the Cancer Drugs Fund, which gives NICE the option to approve promising treatments while more data is collected on their long-term benefits. Lung cancer is the biggest cancer killer in the UK so it’s vital that innovations like this reach patients as quickly as possible.”

This combination therapy will be available to NHS patients in England immediately. Subject to appeal, NICE’s final guidance will be published in January – just eight months after the appraisal began.

Keytruda is administered every three weeks by intravenous infusion. The regular price of a 200mg infusion is £5,260, but the company has offered the NHS a confidential discount.