Apple has announced ResearchKit, a new software framework which will encourage iPhone users to take part in clinical trials through performing simple tasks.

ResearchKit will be released next month as an open source framework. However the first five apps – concentrating on asthma, breast cancer, cardiovascular disease, diabetes and Parkinson’s disease – are now available.

Announced at Apple’s recent ‘Spring Forward’ media event in San Francisco, ResearchKit will be built into the iOS platform. iPhone users will be able to contribute to clinical trials by completing simple tasks within these apps.

The ‘Share the Journey’ app, for example, is a research study that aims to understand why some breast cancer survivors recover faster than others, why their symptoms vary over periods of time and how symptoms can be improved.

This app will use surveys and sensor data on iPhone to collect and track data from users including fatigue, mood and cognitive changes, sleep disturbances and reduction in exercise.

Jeff Williams, Apple’s senior vice president of operations, said: “ResearchKit gives the scientific community access to a diverse, global population and more ways to collect data than ever before.”

Jeff Williams, Apple’s senior vice president of operations, reassured users that they did not need to worry about data privacy issues: “There is nothing more sensitive than your medical data – you decide what research you participate in and Apple will not see your data.” 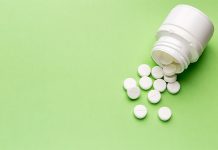