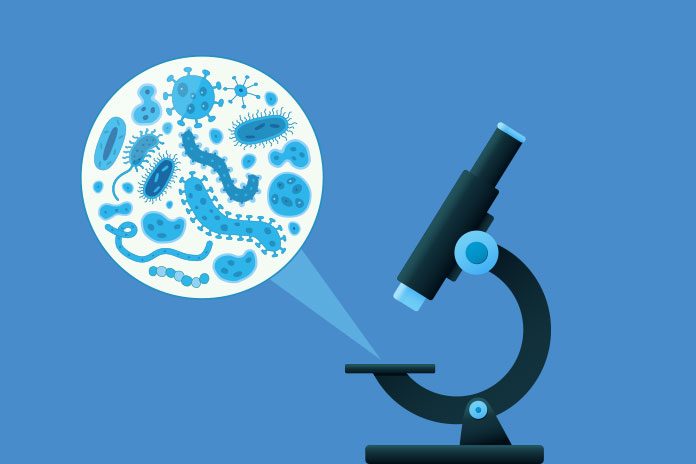 A new antibiotic hailed as the ‘last line of defence’ in the battle against drug-resistant superbugs such as MSRA and VRE is taking the next step in development thanks to a UK Government grant of almost £500,000.

Over the next year scientists will develop a catalogue of simplified synthetic versions of a naturally-occurring antibiotic called teixobactin, by replacing key amino acids at specific points in the antibiotic’s structure to make it easier to recreate. Teixobactin was called a ‘game changer’ when it was discovered in 2015 due to its ability to kill drug-resistant pathogens.

The creation of an arsenal of new synthetic teixobactin molecules is a vital step in drug development due to a high failure rate when scientists only have a limited number of molecules to work with, and will form one of the key stages of the new research project.

The £484,000 grant from the Department of Health and Social Care (DHSC) will involve a ‘proof of concept’ trial in test subjects, which if successful, could potentially be used in hospitals as an investigational new medicine and be turned into a drug fit for human use.

The grant is being awarded by DHSC as part of the Small Business Research Initiative (SBRI), a £10 million investment to address the problem of antimicrobial resistance.

The work builds on the success of Dr Singh’s pioneering research to tackle antimicrobial resistance over the past three years. Earlier this year, the research team was the first in the world to successfully create simplified, synthetic forms of teixobactin. One of these was successfully used to treat a bacterial infection in mice.

Importantly, the synthetic teixobactin offered dual benefits of both clearing the bacterial infection and minimising its severity, which was not the case for the clinically-used antibiotic, moxifloxacin, used as a control study.

Once developed, the teixobactin antibiotic will be the first new class of antibiotic drug in 30 years.

It has been predicted that by 2050 an additional 10 million people will succumb to drug resistant infections each year. The development of new antibiotics which can be used as a last resort when other drugs are ineffective is therefore a crucial area of study for healthcare researchers around the world.

Dr Singh, an expert in biological chemistry and specialist in novel drug design and development at the University of Lincoln’s School of Pharmacy, said: “We know that the therapeutic potential of simplified synthetic teixobactin is immense, and our ultimate goal is to have a number of viable drugs from our synthetic teixobactin platform which can be used as a last line of defence against superbugs in hospitals.

“So far we have demonstrated that we can make synthetic versions which are as potent at treating drug-resistant pathogens as the real thing, but we now need to expand our catalogue of synthetic teixobactin as a precursor to production on a commercial scale. In drug development, there is a very high failure rate and pinning all hopes on one molecule could be risky. The catalogue of molecules we will develop can be put through trials with the ultimate goal of taking a drug fit for human use to the clinic.”

The next step in the research will be the production of a so-called ‘investigational drug or medicine’ – a drug which is developed for safe testing in humans followed by clinical trials and new drug approval by regulatory bodies*.