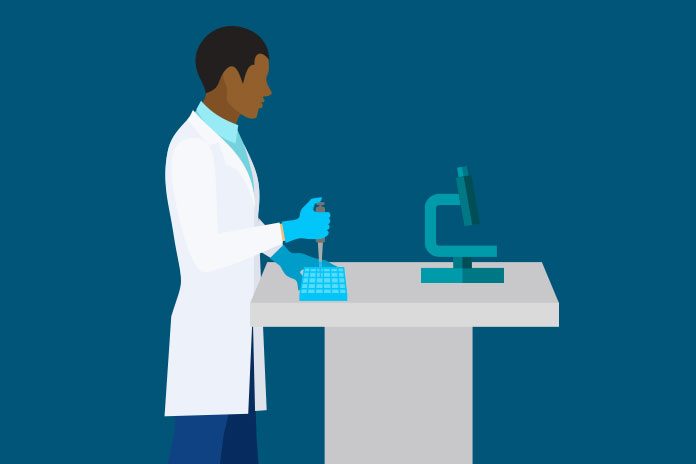 The 100,000 Genomes Project has achieved its goal of sequencing 100,000 whole genomes from NHS patients.

The project, which began in 2012, was established with the support of the MRC with the goal of harnessing whole genome sequencing technology to uncover new diagnoses and improved treatments for patients with rare inherited diseases and cancer.

One in four participants with rare diseases has received a diagnosis for the first time, and up to half of cancer patients involved have been provided with findings which may allow them the opportunity to take part in a clinical trial or to receive a targeted therapy.

Genomics England worked with NHS England to create 13 NHS Genomic Medicine Centres (GMCs) to support the project, which included a state-of-the-art sequencing centre, and an automated analytics platform to return whole genome analyses to the NHS.

In 2014, the MRC invested £24 million to establish the Genomics England Data Centre, where participant data is securely stored for use by the research community and health professionals.
In partnership with the Devolved Governments of Scotland, Wales and Northern Ireland, the MRC also supports national ambitions in genomic sequencing and medicine with collaborative links to Genomics England to build a UK-wide partnership, asset and capability.

The 100,000 Genomes Project focused on 1200 disorders with diagnostic unmet need after usual care. The disorders included in the programme have been nominated by the NHS, researchers and industry.

With the project, the UK has become the first nation in the world to apply whole genome sequencing at scale in direct healthcare, as well as providing access to high-quality de-identified clinical and genomic data for research aimed at improving patient outcomes.

The project has laid the foundations for a NHS Genomic Medicine Service, which will see all seriously ill children with a suspected disorder, including cancer, and adults with certain rare diseases or cancers, offered whole genomic sequencing as part of their routine care from 2019.

Professor Mark Caulfield, Chief Scientist at Genomics England, said: “The sequencing of 100,000 whole genomes marks an extraordinary UK achievement that is transforming the application of genomics in our NHS. Genomics England will continue to analyse these genomes alongside life course clinical information to reveal answers for as many participants as possible and improve their NHS care.”

Dr Nathan Richardson, Head of Molecular and Cellular Medicine at the MRC, said: “This project is set to transform our ability to understand and diagnose genetic disease and better target treatment, and position the NHS and UK clinical genomics as the envy of the world.”

Pharma News Emma Morriss - October 28, 2020
The Pf Awards 2021 are open for entries! New categories | New candidates | New opportunities to win Would you like to win a national...