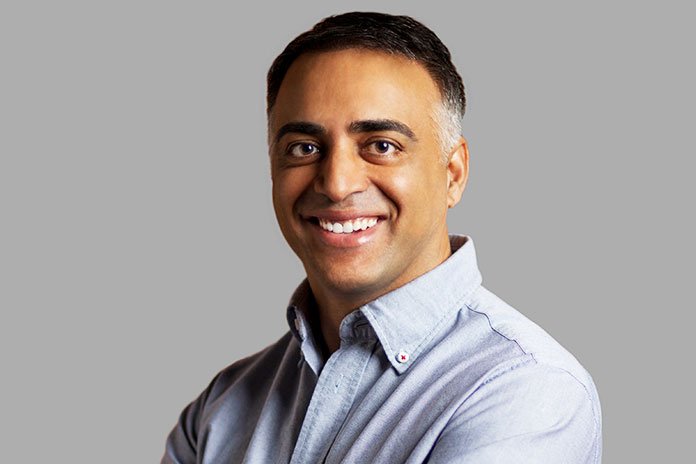 With news this week that health leaders are making a plea for the government to unleash Plan B or face crisis over the winter period, Raja Sharif, Founder and CEO of FarmaTrust weighs up vaccine passports and the positives of private sector technology providers.

Most people agree that vaccine passports in principle are a good idea, and it has been shown that in the right setting, such as Denmark, that they can have a tremendously positive effect in controlling the spread of COVID-19. There’s nothing wrong with the idea of vaccine passports, but their delivery, I believe, may fall victim to the belief that the national health services and governments need in-house technologies to be secure. To me, it would far better to have the world’s largest clinical organisation concentrate on what it has done so well, outstandingly, for decades – namely clinical services and leave technology companies to deliver the latest tech.

That’s not to say we have not seen some tremendous successes in bringing in new technology to the NHS – we certainly have. For example, NHS digital – clinical services delivered in a digital form – is a tremendous success and has greatly improved workloads and patient health.

However, technological innovations like track and trace and NHS IT have been less successful and I believe the greatest challenges have often come when trying to build from scratch. A far more likely successful approach would be to implement, or even improve on, existing technologies from outside partners. The reason being is that, more often than not, they have already been through the development period and have ironed out many of the technical and practical floors of introducing new technology. So, to return to the present, I cannot help but look at the recent NHS app and see a number of areas we could improve upon on what’s been delivered. Notably, the application – and granted it has been created quickly – at present offers no control to the user around who sees and/or stores their data post-use. Putting aside issue of data protection, I think greater patient control would lead to greater adoption, which of course is in everyone’s interest.

There is also the issue of downloading and showing a PDF vaccine passport, as this runs the risks of forgery – a PDF is very easily editable for anyone wishing to circumvent the system. Then there is the usability of the system and this is where you really see the difference – companies typically spend many years developing ways to improve usability. For example, the current approach requires a checking system within entertainment settings, such as cinemas and nightclubs. And the manual aspects of this can create logistical problems in what may be high-pressure environments with lengthy ques. So, the suitability of a system that relies upon a person at a football game, a nightclub, an event venue or a cinema is obviously not ideal.

Yet by way of a solution, we do already have immutable systems in the form of blockchains and these would be virtually impossible for individuals to circumvent, but also, come with the added benefit of enabling the user to control access to their data. Moreover, it removes the ability for each venue to store information on customers post entry, and in the case of a system like ours, it can even be used in an autonomous fashion – with near field technology automatically registering the data giving a simple green or red light on entry.

As we transition into the winter months, we do of course run the risk of further Covid outbreaks, and the current standing is that vaccine passports are a plan B (in the case of quickly rising cases).

And perhaps this plan B philosophy is one of the reasons we have been thus far reluctant to iron out all the challenges – as hopefully the thinking is we don’t need it, and I hope that’s true. However, I believe passports could, and maybe should, be front and centre of any infection control system. Especially since we can make them so unintrusive and free of the major data custodianship issues associated with vaccine passports. In fact, such is my confidence in the control we could provide, I would believe we could even win over the more libertarian elements of the political establishment – who typically resist such direct government intervention.

To take just one example, FarmaTrust’s solution can be automated at any venue with no logging-in required, just a simple opening of the user’s app, as it will flash up an image of the individual together with a green or red screen. This makes it much harder for people to use another individual’s records. Once through the gate, the information will not be retained by the venue unless the patient gives explicit consent to the individual and this hands back full data custodianship to the individuals.

My final thought is, short term needs aside, that COVID-19 and its future variants are here to stay, and there will never be a vaccine that can eliminate them. In fact, a sustained period of mini outbreaks of the next few years is an all too real prospect. And, my fear is that if we can’t overcome some of these challenges in the short term, the public will lose trust in the system, particularly if it is so open to corruption and is only used during moments of peak outbreak – rather than as a sustained and systematic approach to keeping infection levels low.

Technology and the NHS

Ultimately, I think the bigger question for the NHS is that we have to think strategically about its role and maximise its biggest strengths (especially with funding an ever-growing concern). The NHS should concentrate its resource on clinical settings and clinical outcomes and rely on technology companies to bring in existing and viable innovations. I am a huge fan of the NHS and I would love to be a part of ensuring it is not overstretched and is able to focus on the incredible clinical work it does for patients. The NHS is rightly admired the world over, and we should use any and every opportunity to support it.

Often the biggest concern with private sector technology providers is that it would cost the organisation more money. The reality, however, is completely the opposite as it will free up resources in-house and this can be implemented at a far lower cost than by an organisation that is simply not set up to do that. In an environment where public sector budgets are stretched, and tax increases likely, it is prudent to see if risk capital, research and development should move to non-public funds. This will take pressure off NHS non-core activities and provide an opportunity to reduce back-logs and waiting lists which have become a serious concern.

I feel particularly strongly as a UK-focused technology innovator because we do have a very good ecosystem of digital technology providers in this country.  So, I do think we need to have a root and branch conversation about how the NHS can bring more technology innovators into its system – rather than do things in-house. It would be a more inclusive and collaborative approach and would deliver better innovation as well as help boost the UK healthcare technology sector. 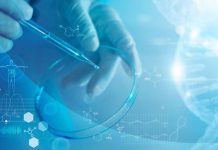