Why are so many pharmaceutical sales executives ‘happy’ to remain in their current roles? Are companies earning employee’ loyalty – or are workers just too scared to move? Chris Ross blogs.

A recent survey of the recruitment market has revealed that there is still a huge skills gap in the UK despite widespread unemployment. Apparently, many of industry’s best workers are adopting a ‘better the devil you know’ approach and staying put.

The 2011 Resourcing and Talent Planning survey from the Chartered Institute of Personnel and Development (CIPD) found that hiring companies are being inundated with ‘unsuitable candidates’ and struggling to fill vacancies while more talented individuals remain loyal to their current employers.

It’s clear that, in a volatile market, many workers are reluctant to jump ship and seek alternative employment elsewhere.

The pharmaceutical industry – in particular the medical sales profession – does not appear to be immune from the trend. In recent years, as the number of redundancies has grown, the ‘churn’ of sales professionals moving from one company to another has slowed down considerably. Latest figures from Pharmaceutical Field’s own annual survey demonstrate that more sales people are remaining with their current employer for longer, rather than moving around the industry in the way that characterised the early 2000s.

Across all business sectors, organisations are finding that competition for talent is greater than ever before. The CIPD survey supports this claim. But is this really the case? “The War for Talent” has been one of the most oft-used phrases I’ve encountered in a 15-year career in journalism. And each and every company that fights the war believes it has the best weaponry at its disposal with which to win the battle.

Resourcing strategies the length and breadth of the country have, rhetorically at least, always had a twin focus – attracting talent and, equally importantly, retaining it.

Data from CIPD’s survey, supported by Pf’s annual motivation and satisfaction study, seems to suggest that industry’s retention strategy is working. A lack of movement in the recruitment market could indicate that companies have a happy and engaged workforce.

Most likely, they have one that is living in fear.

What does your company do to encourage loyalty? How does it motivate you to remain in your role? If you’re staying put, is it because your employer deserves it – or are you simply too scared to move? 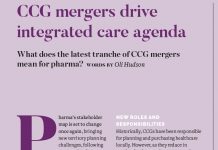 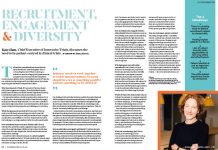 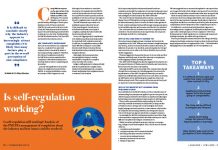