In October, NICE and NHS England launched a consultation on proposed reforms. It stands to dramatically change which treatments are funded by the NHS in England.

If passed, this is perhaps the biggest change the pharma industry has seen since the 2012 Health and Social Care Act. The proposals will fundamentally alter the pre-eminent status that NICE has held for over a decade in the English healthcare system. Instead it will hand greater control to NHS England as price-setter and arbiter of many new treatments and technologies, before they can be used on the NHS.

NHS England has held the role of pricing negotiator for specialised medicines – typically those for rarer diseases – since 2013. For some time, it has openly questioned the impact that the mandatory nature of NICE technology appraisal guidance has on its ability to decide how to allocate NHS funds.

At his hearing in front of the Public Accounts Committee in May of this year, Simon Stevens – NHS England’s Chief Executive – highlighted that a substantial proportion of the organisation’s cost pressure had come from NICE-approved drugs. Indeed, changes in the relationship between the bodies has long been in his sights, as Stevens continues to seek out ways of reducing NHS expenditure in line with national plans.

Not NICE – what is being proposed

• Creation of a national ‘budget impact threshold’ of £20 million set – crucially – by NHS England, and not NICE or the Department of Health. This will force new therapies into an affordability negotiation between manufacturers and NHS England, with the possibility of enforced access delays, until an acceptable price is agreed

• If medicines breach the threshold, NHS England would step in to hold a commercial negotiation with the manufacturer

• Where this threshold is reached or exceeded, removal of the 90 days mandated NHS funding order, as set down in statutory law, will occur until agreement is reached with NHS England, after which the 90 days will restart

• The introduction of a new ‘fast track’ appraisal process for medicines will come in below £10,000 per Quality-Adjusted Life Year (QALY) threshold

• A new cost-effectiveness threshold for NICE’s Highly Specialised Technology process of £100,000 per QALY

The reforms in the consultation are intended to be limited to technologies that pose a higher budget impact risk to the NHS, however, there are important, wider implications too.

The timing of the joint consultation is noteworthy as it precedes the eagerly anticipated report of the Government’s ‘Accelerated Access Review’ (AAR), initiated by former Life Sciences Minister, George Freeman MP. The delayed review is meant to be setting forth measures to speed up the rate by which new, innovative medicines and technologies are assessed and made available to patients on the NHS.

This new consultation has taken the wind out of the AAR’s sails and sets the tone for likely recommendations that will almost certainly set forth a reconfigured relationship between NICE and NHS England. If the current consultation is anything to go by, industry should expect to see government concessions expedite access timelines to NHS funding, but with an expectation of reduced prices.

Equally important is a new lower threshold status. Since the creation of NICE in 1999 the cost-effectiveness threshold of £20,000-£30,000 per QALY has never changed, not even in response to inflation. In fact, the level has become deeply embedded in our health system as a signifier that the clinical effect of a new technology is worth the price being charged.

Like the application of its threshold, NICE guidance has held a gospel-like status. Not to be challenged by NHS, industry and government alike – to the extent that, in 2002, it was made mandatory by the Secretary of State for Health for the NHS to fund NICE-approved drugs within 90 days of a positive decision being published.

The status of NICE’s recommendations will fundamentally change should the proposals in the consultation hold out. NICE may still determine a medicine to be clinically solid and cost-effective in line with its pre-existing rules, but this would no longer be enough to ensure that NHS funding will ensue. Rather, for medicines that pose certain financial implications for the NHS, a further negotiation would be required with NHS England, possibly leading to a lower agreed price. If such an agreement cannot be reached, a new medicine might not make it into the NHS at all.

Industry will be watching closely to see if these changes indicate the thin end of the wedge for funding technologies. Should they be implemented in the current form, NHS England will gain the power to legally stagger the implementation of NICE guidance for some medicines along its own timelines and subject them to the success of negotiations with the manufacturer.

While the consultation document states that NICE and NHS England intend to ‘work together more closely to better manage access to new drugs and medical technologies’, NHS England will still hold all the cards and have the ability to withhold funding until it is satisfied.

The consultation comes at a critical point for the life sciences industry in the UK. The implications of exiting the EU are still up in the air, but soundings from Government indicate support of a prosperous, vibrant and – most importantly – inwardly-investing health tech sector.

The proposals announced may not deter pharma from its activities in the UK, however, they set a potentially worrying trend, as the country looks to set itself up as an attractive spot for industry to invest and launch. The erosion of NICE – internationally renowned as a gold-standard price assessor – will not necessarily fill a cautious global industry with optimism. 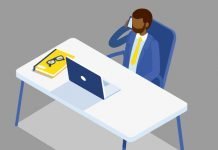 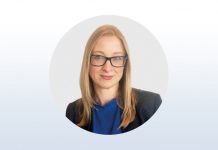 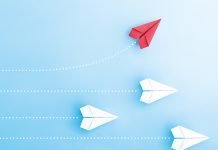 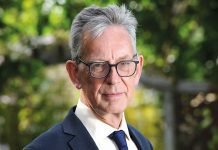 The AHSN Network and the importance of innovation