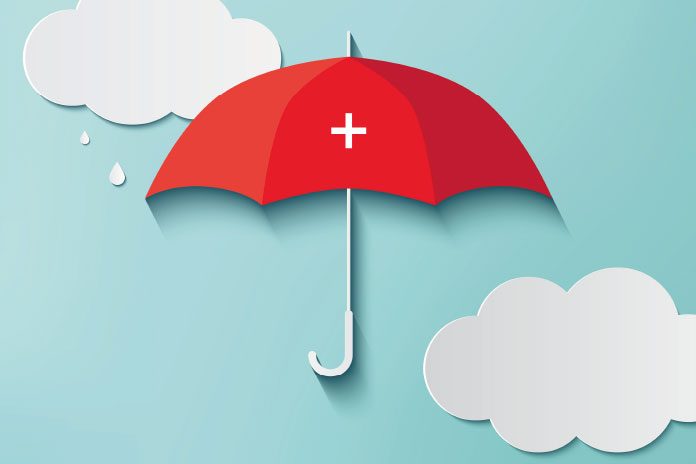 “The challenge now is for the NHS to respond to this changing landscape and to focus on preventing as well as treating the conditions which are causing the greatest disease burden across our nation.”

This statement on prevention, delivered alongside the publication of Public Health England’s (PHE) new Health Profile for England report by its Director of Health Improvement, illustrates a decisive shift taking place at the heart of NHS strategy. If we are to prevent the onset of diabetes, avert mental ill-health and avoid multiple chronic co-morbidities, public health priorities like these must become more entrenched within the NHS.

The Health Profile for England is PHE’s most comprehensive report yet into the state of health of people in England today and in the future. It was timed to inform the development of the NHS long-term plan, to aid policymakers in understanding where to prioritise resources in order to prevent ill health.

With almost every NHS speech now considered a major one – the new Health Secretary’s first outing at the Conservative Conference is no exception. A look back at what has been said elsewhere recently indicates that this report may have greater impact on policy development than it would previously have done.

Public health, long considered a distinct policy realm with its own (meagre) budget, had been viewed rather dismissively by the far bigger NHS beast, as rather parochial in its focus, concerned principally with persuading people to kick bad habits.

Belatedly and rather sensibly though, and with senior leadership now championing its reach into the traditional NHS domain, prevention healthcare may become a term with which we are all to become more familiar.

What challenge does the prevention agenda present to industry? Is there an opportunity for industry to demonstrate that contained within this narrative is an implicit call for a rethink in the access to medicines space? What can it teach us about how to drive through reforms to methodology used in medicines assessment and reimbursement?

We know that a focus on public health – preventing people from developing some of the diseases, or at least postponing the age at which these conditions become prevalent, is key to creating the kind of headroom in the NHS budget that would allow it to embrace innovation and extend the reach of personalised medicines. But to what extent does it also present a new angle for the medicines access reform agenda?

If we are (rightly) asking the NHS to make strategic and spending decisions based upon future projections of the healthcare burden, to what extent should its arms-length bodies, such as the National Institute for Health and Care Excellence (NICE)
for example, be doing the same?

Understanding the future burden of a rare disease, and the costs to patient, caregiver and society of that future burden is typically very challenging in the rare disease space. Health economic models presented to NICE struggle to show how treatments can lower the cost of cardiac, respiratory or neurological co-morbidities.

For example, consider the future of HIV care. Well over 90% of people on treatment in the UK are virally suppressed – their HIV is undetectable and untransmittable. The aim now is about improving wider health outcomes; making new treatments available so that people living with HIV are not unnecessarily exposed to an increased risk of cardiovascular or renal disease.

Or in chronic pain, does this new focus strengthen the case for treating more, treating earlier, if it prevents other ill-health developing? We know that we are short on measures for making a value judgement on a product that is likely to have a beneficial impact on the mental health of the patient, let alone the caregiver.

Value-based healthcare, which involves taking a whole system approach and long-term view of where to focus resources, has been a growing concept within NHS in recent years. As the integration agenda takes shape too, the NHS may begin to have the structure for prevention healthcare to take hold.

One important figure who certainly agrees that the prevention narrative has not received due attention over the last few years is the incoming Chair of NHS England, Lord Prior.  Sitting squarely within his commitment to integration, he acknowledges that prevention medicine has faltered.

In his confirmation hearing before the Health and Social Care Select Committee, Lord Prior compared the new NHS 10-year plan to the last of its kind – the Five Year Forward View (FYFV) – speculating that where the first document was a vision, this piece is more about implementation – making the changes (including, whisper it, legislative ones) needed to bring the vision forward. But it is also about recognising the failures of the FYFV, including an under-valuing of the role of prevention healthcare.

Any new direction, of course, needs the energised involvement of the Secretary of State.  The NHS 10-year plan is the result of Jeremy Hunt’s determination to secure a long-term funding settlement. His successor, whose strengths and focus initially seem to lie elsewhere, must maintain close oversight.

With five years of funding attached to this plan, its strategic importance cannot be overstated. But with no specific medicines access piece in the document, industry can seek to own and shape the prevention medicine narrative, especially given the focus of pharmaceutical and med tech innovation on the value their products bring to reducing healthcare deterioration costs.

COVID-19: on the frontline of community pharmacy