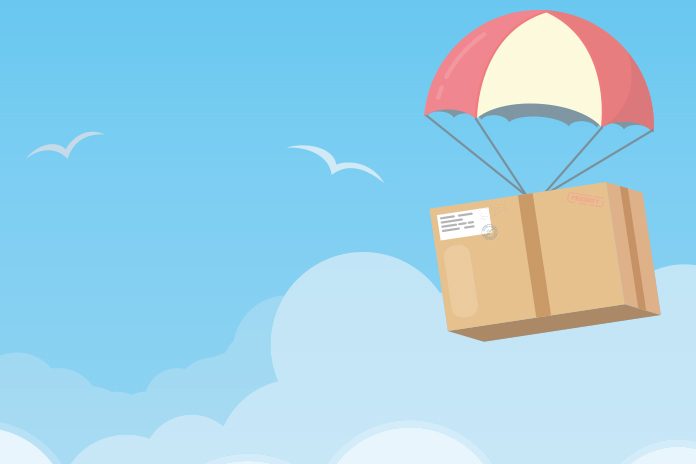 As one of the largest health threats to populations around the world, falsified medicine has become a central focus of governments, agencies and pharmaceutical companies over recent years.

Now considered to be the world’s largest fraud market, thought to be worth over $200 billion per year according to PwC research, efforts have been ramped up to make the production and circulation of fake medicine more difficult.

A major step forward was taken recently when the EU’s Falsified Medicines Directive (FMD) came into full force on 9 February. All new prescription medicine in Europe must now bear two new safety features: an anti-tampering device (ATD) and a unique identifier (UI) in the form of a 2D barcode.

However, does the FMD go far enough in combatting counterfeiting, falsification and tampering across the pharma supply chain?

While many people may be concerned with fake news, the majority of people are unaware of the growing danger posed to them by fake medicine in hospitals, chemists and ‘e-pharmacies’.

Falsified medicines do not pass through any of the normal checks for quality, safety or efficacy, meaning patients who take them are likely to be taking medicines which fail to treat or prevent illness. It could also cause them serious harm and even death depending on the medicine’s ingredients.

This rising trend also serves to widen existing health inequalities between leading and developing countries. According to WHO: ‘It’s estimated one in 10 medical products currently circulating in low- and middle-income countries are either substandard or falsified’. In addition, it serves to undermine global efforts to combat antimicrobial resistance if patients aren’t taking high-quality antibiotics.

In countries across Europe, the threat level remains low through legitimate channels, but it certainly can’t be ignored. The FMD legislation is an important piece of armoury for the European supply chain to protect patients now and in the future.

The pharmaceutical industry, by its very nature, has a highly-complicated supply chain management network and as such, the FMD has tried (with due credit) to simplify and rebalance the burden of responsibility for tracking pharmaceutical products and identifying fakes before they reach the end user.

However, the adjustment period won’t be straight-forward as previously disparate national bodies from member states learn to work with each other.

Short-term, there will be products already in the supply chain which don’t include the now mandatory features. In fact, according to the British Medical Association, only 15% of existing products are estimated to be compliant at this point in time.

In many markets, including the Nordics, Germany and Portugal where item number systems were already used extensively before the FMD, usage of legacy product codes will need to be phased out. Adding further complication, Greece and Italy will be outside the European Medicines Verification System until 2025.

It may also take time for the dust to settle and to understand how the FMD will work in action. While the rules on serialisation are clear, legislation provides much less detail on tamper-evidence devices, other than to make their addition mandatory, which leaves things open to interpretation by member states.

While the EU has set in motion a tide of changes to reduce the threat of falsified medicines, it’s only been able to go as far as it can, politically. A global supply chain demands a global system but the FMD can only cover firms manufacturing and distributing drugs within the EU zone.

Switzerland is the world’s second largest exporter of medication ($41.3 billion in 2017), the US is the 5th ($21.1 billion) and India 10th ($11.9 billion) and each has its own national strategies in place which legally do not have to align with the EU’s Directive.

The rise of internet pharmacies also makes it difficult to protect FMD standards; the EU has mandated all authorised e-pharmacies display a common logo, but the responsibility ultimately lies with the consumer to recognise this and make a judgement call before purchasing.

Finally, there’s Brexit and the shadow of doubt cast over the FMD and the UK’s future relationship. It’s unclear what this might look like but the signals so far from the UK pharmaceutical industry and NHS leaders has been one of positivity, classing the new safety system as the ‘world’s best’.

Along with pressure from bodies such as the British Medical Association on the Government to fund the equipment required to facilitate the FMD, it’s likely the UK will see similar product regulation in some capacity, whether through the FMD or not.

If anything, leaving the EU could mean the UK Government places even greater responsibility on the pharmaceutical industry to protect patients from falsified medicine and become a world-leader in tamper-proof design.

Going above and beyond

The comprehensive nature of end-to-end drug traceability in a market which is increasingly global means FMD compliance shouldn’t be the final step.

There’s a real opportunity for manufacturers, working in collaboration with packaging companies, to create the next generation of tamper-proof technology and become pioneers in digital packaging.

Perennial encryption technology is a largely untapped innovation, preventing duplication and replication of 2D and 3D unique identifiers. By issuing a single-use URL, perennial encryption technology renders any cloning attempt useless. Only the secure cloud host knows the sequence of coding and any attempt to re-use the previous URL is detected by the cloud host and an invalid message is issued warning the product has been copied. The same process can be used to identify tamper evidence too.

Intelligent tracking systems, built into medicine packaging, are also a developing science which will prove valuable in the fight against falsified and counterfeit medicine. As a live programme, the location of a product at any given time can be seen remotely in real-time together with its end-to-end journey, revealing any unauthorised routes or interventions.
Not only can technology aid the pharmaceutical industry in removing falsified products from its supply chain, the data insights gained can be used to increase efficiencies. Despite companies innovating in the field of science to discover, develop and market medicines more efficiently, many companies have failed to upgrade their supply chains.

With biologic and personalised medicine already re-shaping the industry, there needs to be a two-way street where information is being used to inform the downstream flow of products. Data holds the key to creating efficient, safe and demand-driven supply chains which benefit manufacturers, health systems and above all else, patients.

Rich Quelch is Global Head of Marketing at Origin. Go to www.originltd.com 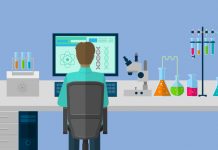