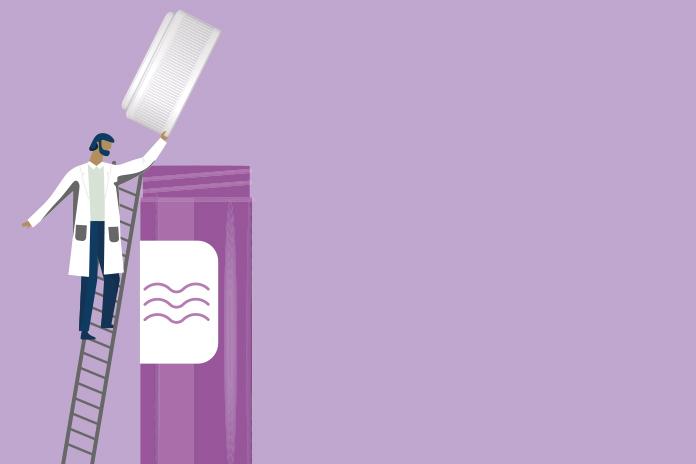 A perfect storm of manufacturing issues and growing global demand led to a nationwide drug shortage that took its toll on clinicians and communication channels alike in 2019. Will 2020 bring an end to drug shortages?

Adrenaline, fluticasone and rivaroxaban are among the medicines which can no longer be parallel exported out of the UK, as part of a sector-wide bid to prevent further shortages.

A spokesperson for the Pharmaceutical Services Negotiating Committee (PSNC) said there was no clear-cut reason for the issues, which have left pharmacies unable to access a growing list of drugs.

“There are many reasons why pharmacies are not always able to get certain medicines,” she said. “For example, manufacturers can have problems with making the medicine, transporting them or with ingredients for medicines.

“At the moment, pharmacists are working incredibly hard to get the medicines that patients need. They spend hours tracking down stock and working together to help patients”

“Sometimes when lots of people are suddenly prescribed a medicine this can use up all the supply, or there may be pricing concerns about medicines.”

But the complex, multi-factorial causes of the problem have very clear consequences – increased workloads for physicians and pharmacists, and mounting anxiety for patients.

View from the front line

One area which has borne the brunt of these nationwide shortages is women’s health, where clinicians have faced an ever-changing landscape of hormone replacement therapy (HRT) availability.

Two leading HRT brands, Mylan’s Elleste, and Evorel, which Theramex has recently acquired from Johnson & Johnson, have been in short supply in recent months. Mylan has attributed shortages to its manufacturing partners’ supply chain issues, while Evorel has been impacted by increases in demand.

This has placed enormous pressure on GPs and pharmacists, who have been locked in a game of cat and mouse as they attempt to track down appropriate products for their patients.

“There is a lot of confusion about what is and what is not available,” explained Bradford-based Dr Anne Connolly, a GP with a special interest in gynaecology.

“I sit in clinic, write a prescription and give it to the patient. They go off to the pharmacy, and then the pharmacy says they don’t have it.”

This has been happening with “increasing frequency” over the last several months, she added, explaining that the picture was changing all the time.

“It is not quite as cut and dry as product X isn’t available and product Y is. Usually some pharmacies will have some products in stock and others won’t. Then it will be down to the women to go hunting for it, or for us, the doctors, to be ringing around to find it.

“It does make life much more complex and has a massive impact on our workload.”

“At the moment, pharmacists are working incredibly hard to get the medicines that patients need. They spend hours tracking down stock and working together to help patients,” said an RPS spokesperson.

The PSNC added that pharmacy teams were doing all they could to ensure patients had access to the medicines they needed. “Pharmacists do all kinds of things to assist patients, such as ‘staged’ dispensing, liaising with GPs to find alternative medicines that may be suitable, and making many phone calls to suppliers,” said the body.

The problem has been compounded, said Executive Director of the Primary Care Women’s Health Forum, Dr Sarah Gray, by a lack of communication.

“The situation on the ground has been difficult for in excess of a year, and the biggest problem has been the lack of information. There have been major manufacturing issues, but this has not been adequately communicated,” said Dr Gray, a GP with a special interest in women’s health.

“There was a period where a whole raft of products was unavailable, but we didn’t know that until the patients tried to fill their prescriptions.”

The doctors believe that clearer lines of communication would have allowed them to better navigate the shortages, as well as help them put patients’ minds at rest.

Explained Dr Gray: “I have got women who are in tears, they are distraught because they can’t get what they need to function. Women who have finally been stabilised on treatment and have got their lives back want to stay that way.”

Dr Connolly added that she understood the difficulties of keeping clinicians up to date. “It’s hard because it is a moving feast. What’s available one week might not be available the next,” she explained, signposting fellow prescribers to the British Menopause Society’s website for updates and resources on HRT.

Explaining that companies were required to notify the Department of Health and Social Care (DHSC) of shortages, an Association of the British Pharmaceutical Industry (ABPI) spokesperson said manufacturers did everything they could to prevent supply problems.

“The DHSC has guidance which outlines the obligations on companies to inform the Department of any medicine discontinuations or anticipated supply shortages. Companies take their responsibilities very seriously and are accountable to UK regulators should supplies of their products become unavailable,” he said.

The DHSC, which was quick to dismiss Brexit as a reason for shortages, confirmed that it received regular reports from the pharmaceutical industry.

“The Department has well-established procedures to deal with medicine shortages and works with NHS England and NHS Improvement (NHSE/I) to disseminate information about shortages and management plans to NHS staff, including GPs,” said a spokesperson.

“The team also engages with stakeholders in primary care including PSNC, the Royal College of GPs and others to cascade messages about supply issues to relevant healthcare professionals in primary care,” she said.

From the DHSC to the ABPI, bodies across the sector are keen to highlight the work going on to address drug shortages in the UK, and pharmaceutical companies say they are addressing their manufacturing roadblocks.

The manufacture of Elleste, for example, is currently being transferred to a Mylan-owned and operated facility, and production is expected to re-commence in the second half of this year.

Since acquiring Evorel, Theramex, has said it is “working with…suppliers to shorten the manufacturing timelines, accelerate supply, and bring the product back to market”.

“We estimate, with the new timelines in place, the Evorel, Conti and Sequi ranges will be back in stock in the UK from February 2020 onwards.

“Please rest assured that this is a priority for us, and we are committed to bringing this product back to patients as quickly as we can,” said the company in a press release.

From the Government perspective, new measures, such as restrictions on the parallel export of medicines in short supply and the introduction of Serious Shortage Protocols, which are published on the NHS Business Service Authority’s website, have been implemented. And in November, the English Local Medicines Committees conference passed a motion to explore changes that would enable pharmacists to offer alternative medications in times of shortages.

Taken together, the sector hopes these measures will go at least some way to hastening the end of the current drug shortages, easing the pressure on clinicians, pharmacists and patients alike in 2020.

To see the Government’s full list of medicines that cannot be parallel exported from the UK, go to www.gov.uk/government/publications/medicines-that-cannot-be-parallel-exported-from-the-uk