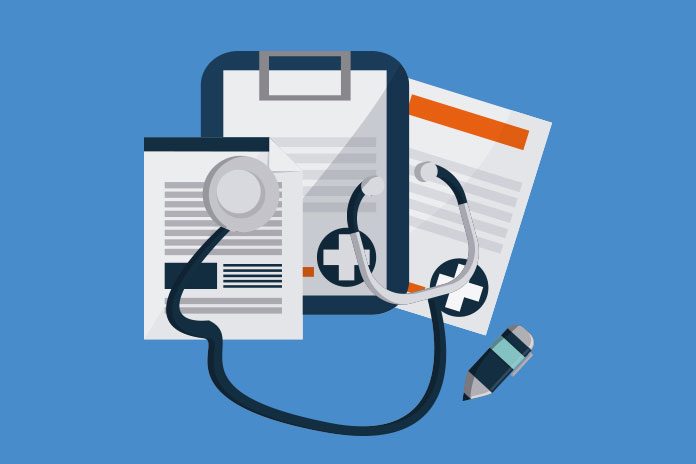 Almost two in every three people in the UK are overweight or obese, but what’s being done to halt the obesity epidemic sweeping the nation?

Recently there has been a slew of alarming obesity headlines: Obesity and diabetes ’causes up to 800,000 cancers worldwide every year’; Organisation For Economic Cooperation and Development  data shows the UK has the highest obesity rate in Europe; Autism risk increases 36% for children born to obese pregnant women; Obesity epidemic fears as one in three teens are overweight or obese.

Meanwhile, the Centre for Social Justice produced a major new report: ‘Off the scales – Tackling England’s childhood obesity crisis’, which laid out in stark detail the ‘obesity time bomb’ which faces the nation.

The most commonly used method to calculate whether a person is a healthy weight for their height is body mass index (BMI). For most adults, a BMI of 30 to 39.9 means you’re obese, while 40 or above means you’re severely obese. Waist circumference can additionally be used to measure excess fat in overweight or moderately obese people, and can also show which people are more likely to develop obesity-related health problems.

Prevention is better than cure

The Obesity Health Alliance (OHA) is a coalition of over 40 organisations which have joined together to fight obesity. The OHA’s goal is to prevent obesity-related ill health by addressing the influences that lead to excess bodyweight throughout life. It recommends that urgent action in 10 areas is needed to tackle obesity, starting in childhood:

2. Bring in THE levy on sugary drinks

3. Reduced sugar, saturated fat, and salt in our food

6. All schools to serve healthy meals and teach children how to cook

7. Local authorities to have freedom to take action on obesity in their area

Obesity is one of the biggest public health threats facing the UK – with 1 in 5 children entering primary school overweight or obese, rising to 1 in 3 when they leave. This is not only storing up major health problems for later in life, it has a huge economic cost to the NHS. It’s estimated that over £5 billion a year is spent by the NHS on treating obesity-related conditions.

The solution isn’t straightforward and there’s no quick fix. There needs to be political will to tackle obesity and we’ve seen this through the introduction of the Soft Drinks Industry Levy and the sugar reformulation programme. But there also needs to be more done to tackle the obesogenic environment which often makes it harder to make healthy choices.

We want to see restrictions on junk food advertising prior to the 9pm watershed, as we know thousands of children are exposed to junk food ads and it influences their choices.

It’s also important that healthcare professionals are equipped to talk with their patients about weight and that there are local services available for referrals. Tackling obesity requires commitment from Government, industry, the healthcare profession and individuals.

Orlistat is a capsule that prevents the absorption of fat in the intestine. Marketed as a prescription drug, under the trade name Xenical by Roche in most countries, and sold over-the-counter as Alli by GSK in the UK and US, orlistat is the
main prescription product for treating obesity by GPs in England.

Bariatric surgery, a group of procedures performed to aid weight loss, includes stomach stapling, gastric bypasses, sleeve gastrectomy and gastric band maintenance. This type of surgery is generally used in the treatment of obesity for people with a BMI above 40, or for those with a BMI between 35 and 40 who have health problems such as type 2 diabetes or heart disease.

The link between obesity and the increased risk of many serious diseases and death is well documented. Potentially life-threatening health conditions associated with obesity include:

• Some types of cancer, such as breast cancer, bowel cancer & womb cancer

Alyson Syms, 36, reversed her type 2 diabetes by following a weight loss plan that saw her lose a total of 12st 5lbs, taking her from 23st 1lbs to 10st 10lbs.

“I wasn’t obese all my life. I was a premature baby and my mum had had my stillborn brother the year before. Scared that she would lose me too, she listened to the doctors when she was told to feed me every hour, to make sure I grew. I was still tiny as a toddler, but as I went through school, my weight crept up. By my teenage years I was obese.

Those years were hell. I never attended a school disco and dreaded non-uniform day. What do you wear when you’re 14 and an adult size 18? In high school I was bullied horrendously. I was called names, pushed down the bus staircase and once I was thrown down on the school field and had grass shoved in my mouth. I learnt quickly to bottle up my feelings, pretending I didn’t care. When I got home I sat and ate. Taking enjoyment out of food was the only pleasure in my life.

I met my partner, Jim, in 2011, and the following year we bought a house and got engaged. We both work long hours and have custody of his son, so we slipped into a bad routine of consuming fast food.

I developed type 2 diabetes in 2012, which the doctor told me was due to my size and lifestyle. I was put on meds, including injecting insulin three times a day and taking NovaRapid and Metformin, but still my blood sugars were out of control. I was referred to the diabetic clinic in the women’s unit at my local hospital. I longed for a baby, so it was so upsetting seeing other women there for scans, while I was being told I was putting my life at risk.

I had an early miscarriage in 2012. The one thing I’d always wanted had been snatched away from me. The nurse told me that it was very unlikely my body would be able to carry a child.

Then something clicked. I was determined that everyone was going to look at me for the right reasons when I walked down the aisle on my wedding day. There’s no way I was going shopping for a size 32 dress; I was going to be a perfect 12!

One of my friends told me about Cambridge Weight Plan. Consultant Sarah Smith came to see me on a Sunday evening on her day off. At 23 stone 1lbs, with type 2 diabetes, I started my journey. Sarah’s words were: “Give me 12 months and we can change your life.” And we did.

“Give me 12 months and we can change your life.”

The weeks flew by. People noticed changes and the compliments spurred me on. Every visit to the diabetic nurse saw a reduction in my medication, which is when I realised I was controlling my health, and my health wasn’t controlling me.

12 months later I had completely reversed my type 2 diabetes and was discharged from the clinic. I cried with pride that night. I had to come off the plan for a little while due to having an operation, so it took me until August 2017, but I hit my goal of 11 stone. I was half the woman I used to be!

I do hope one day I become a mum, but if it doesn’t happen, I’ll know I did everything in my power to make that dream become a reality.”

What’s the point…of difference? Partnership working pharma and the NHS

The missing piece: A reasoned approach to key account excellence