DTCA provides a favourable environment for shared decision-making wherein the patient is aware of the risks and benefits of new drugs. It also addresses the issues surrounding under-treatment and under-diagnosis of diseases by encouraging patient compliance with physician-directed treatment regimens

Restrictions on DTCA in Europe
The growing emphasis on DTCA is most evident in the recent publication of the draft guidance from the European Commission (EC), which raised the prospect of allowing pharma companies to communicate information about their medicines for asthma, diabetes and AIDS directly to the general public. Although this pilot scheme was eventually cancelled, Article 88a of Directive 2004/27/EC allows the EU Commission to provide a proposal report on the benefits and risks of disseminating information through the Internet to the general public. This report is likely to take three years from the implementation date of Directive 2004/27/EC for completion.
Even with these recent changes, the UK is a long way behind the situation in the USA, where branded DTCA is allowed. In Europe, there are strict regulatory restrictions on using prescription-only product names directly or indirectly during any kind of patient awareness effort. DTCA has therefore been relegated to disease awareness campaigns, which are educational and non-promotional in nature.
At the same time, however, these regulations are prompting more responsible DTCA on the industry’s part. The recent controversies in the USA have led to the development of the PhRMA Guidelines for pharmaceutical advertising, which are set to further rationalise DTCA approaches worldwide.
The trends in the global pharmaceutical space and the recent developments with respect to DTCA in the USA (the world’s largest drug market) will be the key factors that determine the course of evolution of DTCA in Europe. However, European-style DTCA will never adopt the US-style branded approach.

Understanding the regulatory framework
While advertising non-prescription medicines to the public is permitted in the UK (some limitations are provided in the Advertising Regulations to regulate the same), DTC advertising of prescription-only medicines is strictly prohibited as per the Advertising Regulations 1994 (as amended), which implement EU Directive 92/28/EC.
There are exceptions that allow information on prescription-only medicines to be provided to the public. For instance, answering a specific question about a particular medicine, factual informative announcements, reference materials (without product claims), and human health- and disease-related statements with no direct or indirect reference to the product are all allowed.
In Europe’s largest drug market, Germany, the rules against DTCA of prescription pharma products are as stringent as those in other EU countries. In Germany, the Heilmittelwerbegesetz or HWG (‘The Law on Advertising in the Field of Healthcare’) governs pharma advertising. The regulations ban the promotion of product brands where the disease has only one treatment option available in the market. It has also become mandatory for advertisements to advise the public to consult a doctor or pharmacist. Expert opinions, product recommendations, healthcare professional advice and certain graphic representations are not permitted.
In other countries, regulations also allow the advertising of non-prescription medicines – with certain limitations. For example, in France, DTCA of non-prescription medicines is permissible only if purchasers are not reimbursed by the social security system. Moreover, disease awareness campaigns are considered legal only if such campaigns do not refer directly or indirectly to the product or therapeutic class. In Spain, DTCA is allowed only for medicines that treat minor symptoms.

Key factors to consider
Although regulatory factors play an essential role in designing a DTCA campaign, it is equally important to assess the profitability of each consumer segment based on the DTCA costs. Age, location (urban or rural), frequency of requesting specific medication and consumer compliance are all important factors that need to be considered before undertaking any drug promotion. Understanding the consumer life cycle and the impact of various stages of DTCA on purchasing patterns will lead to more efficient campaigns with higher rates of success and better consumer responses.
The choice of media is another crucial factor in reaching out efficiently to the public with appropriate messages. Because of their ability to reach more consumers in a more targeted manner, print media have constituted 60% of total DTCA outlays. Expenditure on broadcast media has been 30% of the total DTCA media expenditure in Europe, with online media at a relatively low 10% of the total expenditure. The use of the Internet for pharma advertising is increasing with the growing Internet-savvy population sector in Europe.

A new approach to DTCA
With an increasing number of pharma companies realising the benefits of promoting their drugs, DTCA has taken on a more targeted and personalised approach. The emphasis is on integrated information flow and content management, with many companies looking to integrate CRM into their DTC advertising campaigns.
The first step for any successful DTCA campaign must involve a thorough feasibility analysis wherein companies identify the campaign goals, the critical success parameters and the target audience. Understanding the disease and its social sensitiveness, along with the commercial viability of the DTCA campaign over the drug life cycle, is also very important for developing an effective campaign.
Given the complexities of designing a European-style DTCA, a careful assessment of the return on investment must also take priority. ROI can be ascertained using soft metrics such as disease awareness, benefits from collaboration with physicians and pharmacies, and benefits from patient empowerment. Consumer profiling and focus on small target groups are likely to prove beneficial in optimising ROI.

The way forward
The total European non-branding DTCA expenditure by pharmaceutical companies in 2004 was estimated to be $85 million, and is expected to grow at a compound annual growth rate of 42% to reach $345.5 million by 2008. DTCA expenditure on newer drug candidates for under-diagnosed conditions is increasing, while drugs for high cholesterol, diabetes and depression are among the most-advertised products. A relatively high level of European-style pharma advertising has been seen in the UK and Germany, two major global pharmaceutical centres. In 2004, about 35% of the total European pharma DTCA expenditure was in the UK, with 25% in Germany and about 20% in France. Spain and Italy witnessed much lower levels of pharma DTCA expenditure, accounting for 6% and 4% respectively of the European total in 2004.
In the coming years, successful DTCA campaigns are expected to adopt a more tailored approach in order to meet the needs of all the interest groups involved, balancing commercial interests and social responsibilities. Pharma companies in Europe are gradually realising that DTCA, in addition to increasing awareness among patients, is a way to greater credibility and brand loyalty and will lead to increased market share and penetration.
Increasingly, DTCA in Europe is moving away from a limited and short-term focus on advertising and media to a bigger marketing space centred on enhanced patient outcomes, sustained value creation and relationship building.

Market insights
Frost & Sullivan, an international growth consultancy, has been supporting clients’ expansion for more than four decades. Our market expertise covers a broad spectrum of industries, while our portfolio of advisory competencies includes custom strategic consulting, market intelligence and management training. Our mission is to forge partnerships with our clients’ management teams to deliver market insights and to create value and drive growth through innovative approaches. Frost & Sullivan’s network of consultants, industry experts, corporate trainers and support staff spans the globe, with offices in every major country. 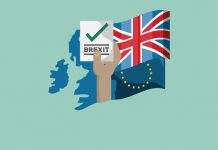 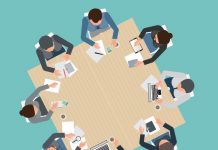