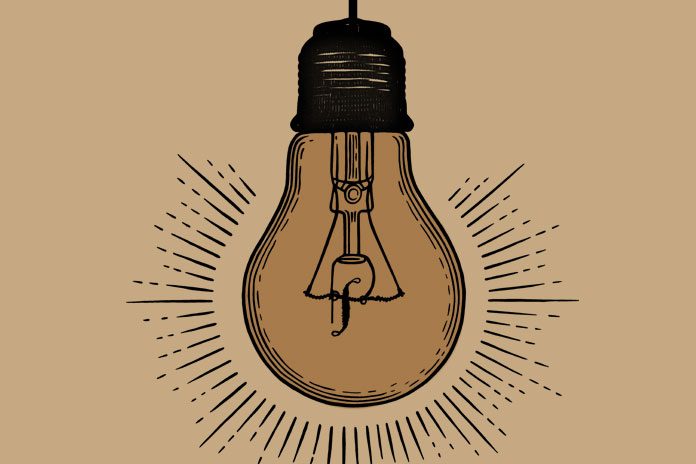 Pf Power List. Our industry is moving: rapid medical advancement, an ever-changing NHS and the evolution of digital health are combining to transform pharma and healthcare beyond all recognition.

As we stand on the cusp of new possibilities, we recognise those
who are leading the change. Here’s Pf’s roundup of the people making a difference today and shaping the industry of tomorrow. 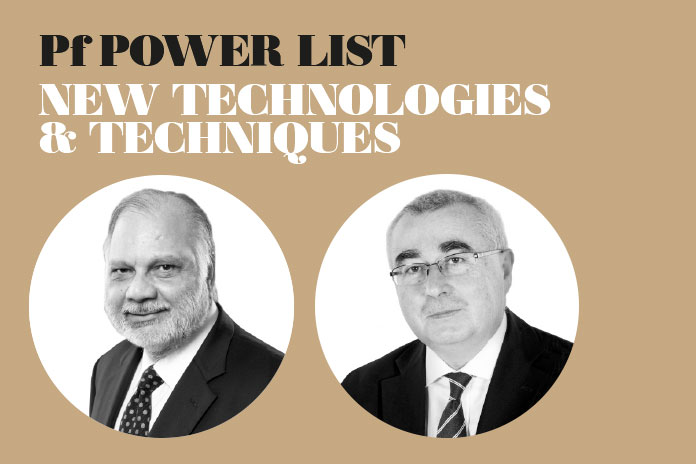 Pharmaspectra is a continuously updated online repository of global medical data. Nominating Mahesh, the team at Tala PR and Communications said: “The internet has opened a world of data gathering possibilities, but we cannot make sense of this data unless it is sequential, verifiable and contextual.

“Pharmaspectra provides a unique central place in which to capture, contextualise and analyse all relevant scientific data, including meeting presentations, publication abstracts and the results of clinical trials.”

More than two decades of ‘continuous innovation’ in his Lancashire role led to Martin being appointed Senior Clinical Advisor for Pathology in the NHS Improvement Getting it Right First Time Programme.

David Thorn, Managing Director at Blue River Consulting, nominated Martin Myers, who has an MBE for services to healthcare. He praised Martin’s work on “multiple programmes of rapid technological innovation” as well as for “championing change” and “inspiring colleagues to break inertia in delivering integrated pathways”. 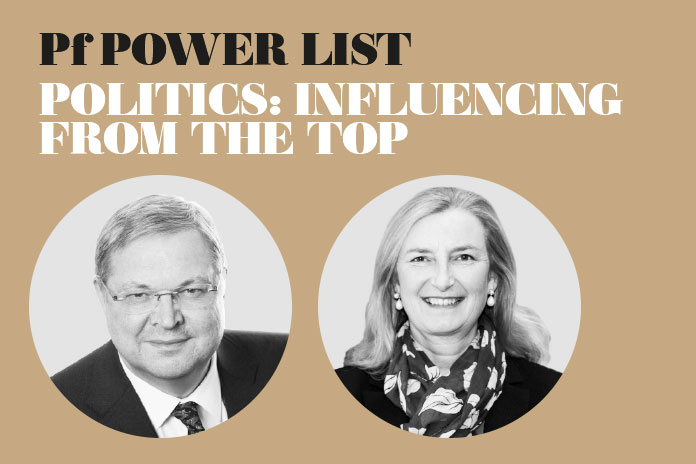 Politics: Influencing from the top

Chief Executive of the Association of the British Pharmaceutical Industry

Mike Thompson, who started his career as a marketing trainee with Unilever, has become the voice of the industry as the UK moves towards Brexit.

An ABPI spokesman said: “He has led the pharmaceutical industry’s work to prepare for the UK’s exit from the EU.

“By representing the industry at the joint industry/Government ‘EU Relationship Group’, he has ensured its priorities have been regularly at the forefront of the UK Government’s policy announcements and preparations.”

Former GP Sarah Wollaston has not been afraid to use her platform to talk about how Brexit could impact the NHS and pharmaceutical industry.

In a recent blog, she said: “If you were about to undergo surgery, you would expect to know what the operation involved and to be informed about all the risks and benefits. It’s called informed consent.

“Brexit certainly is major surgery with far-reaching consequences and the Government is about to proceed without informed consent.”

The Conservative MP was recently listed as one of politico.eu’s 40 Brexit Troublemakers. 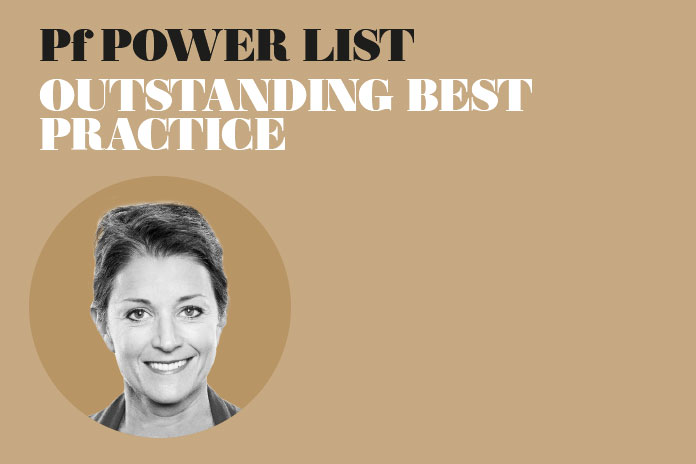 Patient centricity has become a buzz word in the industry, but rare disease specialist Santhera has shown how to reap the benefits. “Rare diseases present unique challenges and adopting a patient-centric perspective is important.

“The path chosen by Santhera to tune in to patients’ needs is by engaging in disease awareness campaigns and working with patient advocacy groups and representatives,” said the company, which employs patient advocacy heads in Europe and the USA.

This approach has led to the approval of the first treatment for rare eye condition Leber hereditary optic neuropathy.

NHS England has called antimicrobial resistance one of the most significant threats to patient safety.

Liz’s scheme at Attenborough has seen the nurse practitioner service cut antibiotic prescribing by 25%. All patients with an acute cough are offered a finger prick C-reactive protein blood test. Antibiotics are only prescribed if the test indicates a bacterial infection.

The programme, which has also reduced re-attendance rates and costs, is being rolled out across the clinical commissioning group area and won an NHS Innovation Challenge Prize. 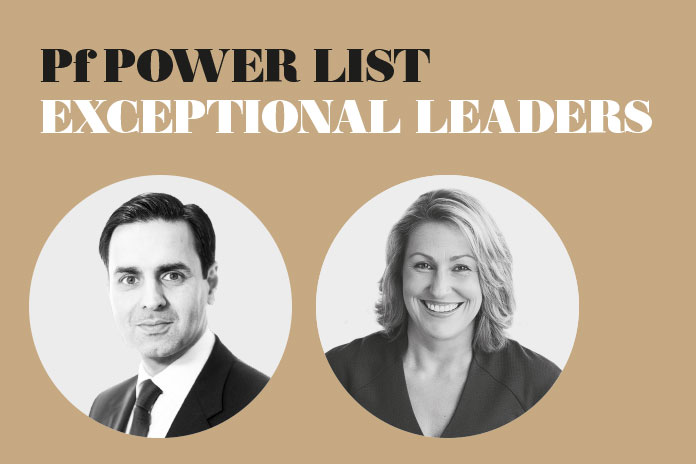 Vice-President of the Association of the British Pharmaceutical Industry, and UK Country President and Managing Director UK and Ireland at Novartis

When the ABPI announced Haseeb Ahmad’s vice-presidency in August, he was described as a “recognised… leader who enables winning performance by working collaboratively”.

During his 20-year career, he has headed up the American Chamber of Commerce Pharma Group and led MSD in Greece through the country’s economic crisis.

Nominating Haseeb, Ashfield’s Managing Director, Pierre Van Werperen, said: “Haseeb is absolutely and obsessively committed to bringing new and innovative medicines to patients, increasing access and driving the agenda. He is a great leader and motivator.”

Heather Bresch, who started her Mylan career as a data-entry clerk, has also been Director of the Association for Accessible Medicines since 2016.

She has held firm in her decisions, even when they sparked outrage – Mylan increased the price of its EpiPen 15 times between 2009 and 2016 to invest in product improvement and public education.

Talking about being called in front of Congress to defend the move, she told CNN: “I wasn’t going to be apologetic for operating in the system that existed. I decided to put my effort and energy into talking about what needed to be fixed, and how broken the system was.” 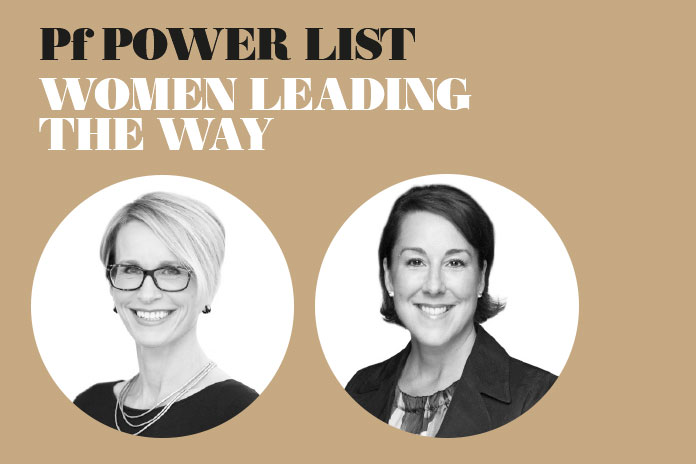 Sitting at number two in Fortune Magazine’s ‘Most Powerful Women International’, Emma Walmsley was one of very few women holding a top spot in pharma.

Not only is she forging a path for other women and starting to redress the balance at the top of the industry, she’s making many changes which will shape the company’s future path.

Since taking the reins in March 2017, Emma has replaced more than 50 top GSK executives and renewed the company’s focus on R&D.

“I believe that is why a company like GSK should exist, and hopefully should endure, because we discover and develop medicines that make a meaningful difference,” she told Fortune in an interview earlier this year.

Vice President and General Manager for the UK and Ireland, Amgen

Chris Fox, who took on the role earlier this year, has cemented her commitment to gender equality in science, technology, engineering and maths (STEM).

In Women’s Business Council report, Balance the SySTEM, Chris wrote: “Amgen is working hard to maximise career opportunities for all within their business: 50% of their leadership team in the UK are female. But importantly, over a third of these female leaders have more than a decade of experience within the company.”

“She is driven in her vision to move Amgen ahead with their fundamental research and understanding of molecular science,” he added.

Chris commented on her nomination, saying: “I’m proud to be among such esteemed company. The thing about ‘leading the way’ is that you can only be as great as the people you’re leading the way for, whether that be teams, a whole organisation, or the next generation of talent who are inspired to take hold of the baton and continue the race – especially women.

“The potential we all hold to change the face of healthcare is immense, and I’m thrilled for Amgen’s fantastic work to be recognised in this way.” 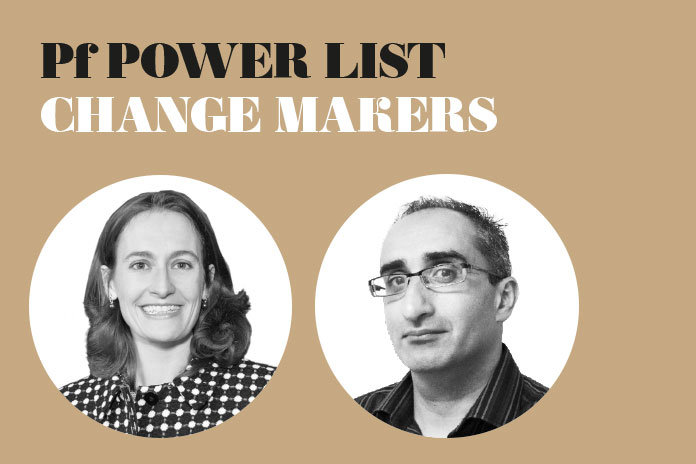 Adele’s team of 10 work with pharmaceutical companies to get donations of long-dated health products to those who need them.

One of the group’s main schemes is providing essential health packs, which contain 800 treatments donated by 15 pharma companies. These can be accessed by UK and European medics and international non-governmental organisations when they are needed.

Adele told Pf earlier this year: “We work with these companies to ensure donations are made well in advance of a response, so packs are ready to go the moment they are needed.”

Before being seconded to NHS England, Wasim was the lead pharmacist for the Northumberland Vanguard. He led an integrated team of pharmacists, pharmacy technicians, doctors, nurses, social care and other professionals to develop and
test services.

He also led the award-winning Northumbria Shine Project, a programme of structured patient-centred medication reviews in care homes. One in five medicines were stopped because they were no longer needed, were unsafe or the patient made an informed decision not to take it.

Looking for more articles like this? Read here: In depth

How to get promoted –One minute read