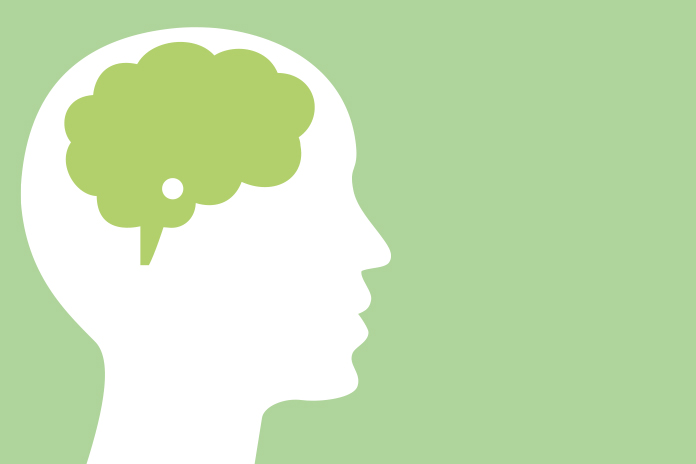 Will recent investments and developments offer hope for people living with Parkinson’s? Pf explores the condition and work happening to find a breakthrough in Parkinson’s research.

Parkinson’s is the fastest growing neurological condition in the world. It causes ongoing damage to the brain and affects the brain cells which produce dopamine. As the cells stop working it affects the movement of the body.

According to the NHS:

“Although it is a progressive condition, people can live well with Parkinson’s on the correct treatment”

There is currently no cure for Parkinson’s and according to Parkinson’s UK around 145,000 people in the UK are living with the condition. This is predicted to rise to more than 172,000 people by 2030. 18,000 people are diagnosed every year: two people an hour.

Ultimately, more than one million people are likely to be affected by the condition in the UK, as it includes the impact the condition can have on friends, family members and colleagues, as well as the person living with Parkinson’s.

Parkinson’s can affect anyone, however it is more prevalent in men aged 50 to 89. It is unclear why men are more likely to develop the condition than women. It could be down to a combination of biological and lifestyle factors.

What are the main symptoms?

There are more than 40 symptoms of Parkinson’s and each person living with the condition can experience symptoms differently. Symptoms can be categorised as motor and non-motor, and people may also experience mental health issues. Those symptoms most associated with Parkinson’s are tremor, rigidity and slowness of movement, though there is no ‘typical’ experience of Parkinson’s.

Other motor symptoms include falls and dizziness; freezing (feeling stuck to the ground); muscle cramps and dystonia (unexpected contraction of muscles).

What treatment options are available?

Although it is a progressive condition, people can live well with Parkinson’s on the correct treatment. Advances in treatments mean that people now have a normal or near-normal life expectancy.

Treatments can include physical therapy, medication, and for some people, surgery. As every person experiences Parkinson’s differently, treatment will be tailored to the individual. Many people find a combination of treatments work well for them and this can take time to get right. However, upon diagnosis most people are prescribed levodopa, dopamine agonist or a MAO-B inhibitor depending on their age, lifestyle and symptoms.

Parkinson’s treatments generally work to increase dopamine in the brain, act as a dopamine substitute or block enzymes that break down dopamine.

There are a number of research developments which could change the future of treatments for people living with the condition.

Each year Parkinson’s UK, its supporters and partners invest more than £4m into the Parkinson’s Virtual Biotech to rapidly develop and test the most promising research findings with the aim of turning them into treatments.

In 2019, the charity partnered with NRG Therapeutics Ltd to discover and develop a potential drug that could safeguard dopamine cells that are damaged by Parkinson’s and slow down the progression of the condition. Building on discoveries that show a direct link between mitochondrial dysfunction and the loss of dopamine cells, Parkinson’s UK invested up to £1m in NRG Therapeutics to develop and translate this pioneering research into a potential therapeutic.

The charity then invested up to £100,000 in research at the University of Sheffield’s Institute of Translational Neuroscience. The two organisations are working to modify two compounds that boost mitochondrial function in dopamine-producing brain cells and potentially reduce nerve cell death.

The Parkinson’s Foundation in the US granted the charity £200,000 to help support a project seeking to discover new ways that may prevent brain cell death by stabilising the source of energy essential to cell survival.

Results from a recent study, carried out by Neurolixis with funding from the Virtual Biotech programme, looking at an experimental drug (NLX-112) to tackle the debilitating side effect of dyskinesia (involuntary movements) may have potential as a future treatment. NLX-112 targets serotonin cells inside the brain which are believed to contribute to the development of dyskinesia, by releasing dopamine in an erratic manner. It aims to reduce dyskinesia by decreasing the amount of dopamine released. The results showed that NLX-112 successfully reduced dyskinesia.

Lundbeck has received a grant from The Michael J. Fox Foundation for Parkinson’s Research to find a validated method to diagnose Parkinson’s. Based on a biomarker, the method can potentially lead to earlier diagnosis.

A new study found that gut bacteria could guard against Parkinson’s. Building on previous research linking brain function to gut bacteria, the study in a Parkinson’s model of roundworms identified a probiotic which prevents the formation of toxic clumps that starve the brain of dopamine.

Researchers from the Universities of Edinburgh and Dundee used roundworms altered to produce the human version of alpha-synuclein that forms clumps. They fed these worms with different types of over-the-counter probiotics to see if bacteria in them could affect the formation of toxic clumps. Bacillus subtilis was found to have a remarkable protective effect against the build-up of this protein and also cleared some of the already formed protein clumps. This improved movement symptoms in the roundworms.

Biogen is acquiring from Pfizer a novel clinical stage asset with application in Alzheimer’s and Parkinson’s. PF-05251749 is a novel CNS-penetrant small molecule inhibitor of casein kinase 1. Biogen plans to develop the Phase 1 asset for the treatment of sundowning in Alzheimer’s and irregular sleep wake rhythm disorder in Parkinson’s.

Karen, a passionate motorcyclist, was diagnosed with Parkinson’s in 2013, aged 47. Karen describes herself as a ‘fighter’ and has always been determined not to let Parkinson’s get in the way of her living her life.

“There is currently no cure for Parkinson’s, so I firmly believe research into better treatments and therapies is so important. After I was diagnosed, I decided to take part in an 18-month clinical trial, but once the trial had finished, I realised that my condition had deteriorated significantly, and it was very difficult.

“Before my diagnosis, I initially noticed a tremor and weakness in my left leg and problems with my sight but my main symptom after I was diagnosed was dystonia, which is awful muscle cramps, and at its worst I was taking up to 21 tablets a day and 10 injections to control my symptoms. But even this wasn’t enough to always keep the dystonia at bay and I could experience up to 12 attacks a day.

“In 2017 I had Deep Brain Stimulation (DBS), which has been incredibly successful in managing my symptoms. Without the operation, I think I would have ended up needing a wheelchair within a year. It’s been life changing.

“Now I don’t need to take any medication and I am back to 95% normal functionality, an increase on the 70% my consultant told me I could expect.

“I would recommend anyone considering DBS to do your research and speak to the Parkinson’s UK helpline, as not everyone with Parkinson’s will qualify. This has been really successful for me and enabled me to live well with Parkinson’s, but you never know what is around the corner and we desperately need more research to ultimately find a cure for this condition.”