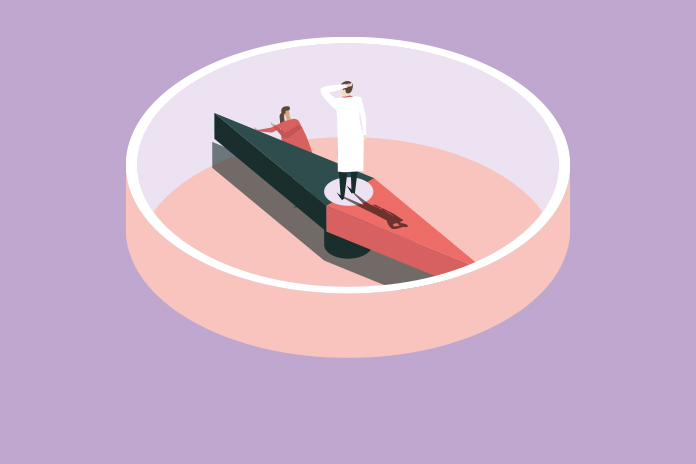 Patient power has evolved considerably since it was born to represent the voiceless during the 1980s HIV/AIDS crisis. Will COVID-19 provide the movement with the opportunity to take it to the next step?

1 Only 57% of people in the UK have faith in pharma.
2 Good news stories don’t make it through to the public.
3 The public isn’t aware of the level of regulation in industry.
4 Industry can do more to be transparent.
5 Pharma needs to focus on what it does best – delivering high value technologies
that address patient need.

Now more than ever, everyone is talking about medical science – from the value of vaccines to the importance of research.

As the world struggles to contain the threat of COVID-19, it has brought the public’s role in healthcare into sharp focus, offering the sector a golden opportunity to further embed the patient voice into future work. Doing so will entail learning from what has gone before.

“It is a golden opportunity to educate, empower and include, so that all stakeholders can move forward together”

Patient power is essentially a movement of necessity, born of the urgent need to support people living with stigma, discrimination, and indifference in the global HIV/AIDS epidemic of the 1980s.

Fast forward four decades, to another global public health emergency, and the movement has evolved considerably. It has transformed drug development and market access pathways, making them more representative and more inclusive – at least on the face of it.

Claudia Rubin, Director of market access consultancy Decideum, said: “Time and time again, patients are being given a chance to speak, but that doesn’t mean they have any bearing on the out-come. Patient voices do not just need to be heard they need to be influential.

“I am a huge advocate of patient involvement in all areas of commissioning, that goes without saying, but we could be doing things better.”

Mark Duman, Managing Director and Chief Patient Officer at MD Healthcare Consultants, agreed that the advantages of greater patient involvement were clear, but the movement’s aims and objectives had not yet been met.

“Increased involvement means better clinical trials and better products, and better adherence to those trials and medicines. But while we talk a lot about putting the patient at the centre, I think we need a better focus on mechanisms of how to do that.”

Claudia used the example of high-profile media campaigns around drug approval and funding decisions. While they garnered much media and public attention, they didn’t always make a huge difference to decisions, she said.

“Social media has obviously had a massive impact on patients being able to organise and act more as one community. The caveat to that is that to what extent does any of it have any bearing on drug approvals.

“There have been a lot of big campaigns, coordinated by very well organised patient groups, but they can sometimes complicate things for themselves,” she said.

News stories that misrepresent the efficacy of new products or give the impression that they would benefit more people than the evidence suggested are often counterproductive, she said, as it of-ten led to an ‘us and them’ mentality, dividing industry, regulators and patients into rival camps.

The MS Society, which spearheaded a public campaign to secure access to ocrelizumab for some people with primary progressive multiple sclerosis (PPMS), reiterated the value of avoiding this.

“When the National Institute for Health and Care Excellence (NICE) came to look at ocrelizumab, they approved it for reimbursement in relapsing multiple sclerosis (RRMS), but not in PPMS, where there were no disease modifying treatments available,” said Jonathan Blades, Head of Campaigns and External Relations at the charity.

People who would potentially gain from the drug “felt discarded” by the draft decision, and it spurred the charity to mobilise a nationwide campaign.

More than 21,000 people signed a petition calling for the product to be funded and the charity used case studies and patient stories to lobby MPs and attract media attention. Around 2000 people answered a call to write to their MP, and lawmakers were invited to a drop-in session at the Houses of Parliament to hear how access would impact on people’s lives.

Meanwhile, confidential price negotiations were held between NICE and Roche, and, when the final guidance was published, it confirmed that the cost of ocrelizumab would be reimbursed for some people with PPMS.

Strong, transparent working relationships with decision-makers and pharmaceutical companies was essential in this kind of work, said Jonathan.

“When we are all working together, we can make sure that people with multiple sclerosis are included in as many conversations as possible. Even though our drivers are slightly different, we all have the same fundamental aim – for treatments to be available to people who can benefit from them,” he added.

Patient organisations were invited to comment on draft scopes and consultation documents, submit patient evidence and nominate patient experts to attend committee meetings, for example. However, this is just one part of the drug approval jigsaw, and industry players needed to work with patients and patient groups to ensure success, said Claudia.

“Ultimately, the patient voice alone is not enough to get a drug approved. It’s all about evidence. It doesn’t matter how loud you shout, if you haven’t got the evidence to prove cost effectiveness, you are not going to get through NICE.

“Industry could be doing a much better job of furnishing the patient community with the evidence and research from the start.”

While social media has helped to drive patient power by connecting people with health conditions and amplifying their voices, it has also provided a medium for misleading information to influence medical discussions.

This was evident with the rise of the anti-vaxx movement and has been highlighted again in recent weeks with the spread of false information on stopping coronavirus.

Sheuli Porkess, Executive Director: Research, Medical and Innovation at the Association of the British Pharmaceutical Industry (ABPI), said an advantage of the current focus on COVID-19 was that it was helping the public to understand the importance of evidence-based medicine and information.

According to Sheuli, it is an opportunity to capture the public’s attention and make people true participants in healthcare.

“The fact that research is being talked about all the time is great,” said Sheuli. “People are seeing the Chief Medical Officer on the TV every day, explaining that research is about risks and benefits and making sure that we’re doing things in the right way,” she said, adding that people were currently seeking out evidence-based information.

Giving people the tools to evaluate evidence was also key to reducing the impact of misinformation, said Jonathan.

“There’s a lot of data out there and a lot of it is in quite technical jargon. I think charities are really well placed to take the research and put it in language that people can understand,” he said, emphasising the importance of co-creation in this task.

“That’s hugely valuable. If you just showed trial slides and presentations, some people wouldn’t necessarily understand how the drug works, or what the side effects are.”

This education, said Mark, had to be paired with empowerment if it was to further the aims of patient power.

“We are heading towards a more informed public, we need to have more candid conversations and transparency about the effectiveness and non-effectiveness of drugs.”

It is the whole healthcare sector’s responsibility to make sure people have the information they need to play an active role in healthcare conversations and decisions, he added.

As patient power started life amid the HIV/AIDS crisis, it seems apt that COVID-19 might give it the opportunity to reach maturity.

“Certainly, during COVID we’re seeing different ways of doing things. It’s really interesting to see how quickly trials are recruiting, and to see public and patient involvement panels for COVID re-search being set up,” said Sheuli.

“It should provide a really good momentum for doing things like this across disease areas.”

At the same time, the enforced, rapid roll out of digital transformation, including remote monitoring and video consultations, is proving that more people-friendly healthcare services and clinical trials are possible.

Crucially, ‘healthcare’ currently has the undivided attention of citizens. It is a golden opportunity to educate, empower and include, so that all stakeholders can move forward together.

Read more articles from the June issue of Pf Magazine.