AN ENLARGED PROSTATE – known as benign prostatic hyperplasia or BPH – is caused by an overgrowth of prostate cells. This enlargement constricts the urethra so the flow of urine is reduced, making it increasingly difficult to empty the bladder.

The prostate is a gland about the size of a walnut that is only present in men. It is located just below the bladder and surrounds the urethra, the tube through which urine flows from the bladder and out through the penis. Please see the diagram, below.

One of the main functions of the prostate is to produce an important liquefying component of semen, which allows the sperm to move freely. The gland is divided into three zones, peripheral, transitional and central. With BPH, it is the central part where overgrowth of cells takes place.

BPH is very common, affecting about one third of men over 50. Although it is not prostate cancer, the symptoms of BPH are similar to those of prostate cancer so you should see your doctor if you start to experience problems passing urine.

• the need to strain to pass urine

• the feeling that your bladder isn’t empty after urination

• the need to pass urine urgently

• frequent trips to the toilet, including having to get up several times in the night

• feeling a burning sensation or pain when passing urine

Your doctor will ask you questions about your symptoms and your general health. You may be asked to fill in a urination questionnaire to help work out the severity of your symptoms.

A digital rectal examination (DRE) will be performed to examine the size and consistency of your prostate by inserting a finger into the rectum. Although this can be uncomfortable, it is not painful. Many men find the prospect of a DRE embarrassing, but should bear in mind that it’s a simple procedure, performed routinely by GPs.

Your doctor will also feel your abdomen to find out if the bladder is distended. A distended bladder may indicate that you are not completely emptying it (chronic urinary retention, which is painless).

Other tests will be carried out to make sure that your urinary problems are due to BPH and not other conditions. A urine test will be done to check for infection or blood. Blood tests, including a prostate specific antigen (PSA) test may be carried out. This measures the amount of an enzyme produced by the prostate. High levels of the enzyme can indicate prostate cancer. Other blood tests include one to assess your kidney function and another for blood sugar to check for diabetes. Both of these problems can cause urinary symptoms.

Less common tests may include: urine flow tests; ultrasound to measure urine left in the bladder and to check for bladder stones; urodynamic measurements using a catheter inserted into the bladder to measure the pressure of urine there; and transrectal ultrasonography (TRUS) where an ultrasound probe is passed into the rectum to give a view of the prostate.

A biopsy (samples of the prostate) may be collected using a needle to check for cancerous cells.

The mainstays of treatment for BPH are drugs and surgery. However, as any treatment can have unwanted effects, some men with mild symptoms opt for “watchful waiting”, where no treatment is undertaken. Instead the situation is monitored closely with routine check-ups. If symptoms deteriorate, it is then possible to opt for treatment.

Drug treatment There are two main classes of drugs that are prescribed for BPH: alpha-blockers and 5-alpha-reductase inhibitors.

Work by relaxing the muscles at the neck of the bladder and in the prostate. In this way they reduce the pressure on the urethra and so help increase the flow of urine. They do not cure BPH but help to alleviate some of the symptoms.

Around 60% of men find symptoms improve significantly within the first 2-3 weeks of treatment with an alpha-blocker. There are several different alpha blockers. Currently, these are doxazosin (Cardura), terazosin (Hytrin), tamsulosin (Flomax), alfuzosin (Xatral) and prazosin (Hypovase). They can also be used to treat high blood pressure. The most common side-effects of alpha-blockers are tiredness, dizziness and headaches.

These drugs work by inhibiting the production of a hormone called DHT, which contributes to prostate enlargement. Finasteride (Proscar) is the most commonly used drug of this type for BPH. Unlike alpha blockers, 5-alpha- reductase inhibitors are able to reverse BPH to some extent and so may delay your need for surgery.

A number of plant extracts are popularly used to alleviate BPH, although formal evidence that they are effective is often scanty. However, there is some scientific evidence that an extract of saw palmetto (called Serenoa repens) can be beneficial. If you decide to try a plant remedy, it’s always best to discuss this first with your doctor or pharmacist as interactions with conventional medicines are possible.

There are three main surgical options for BPH:

Transurethral resection of the prostate (TURP) is the most common operation for BPH. The procedure is usually done under a general anaesthetic. A long thin instrument called a resectoscope is passed into the urethra. With a light source and lens on the end it acts as a telescope, allowing the surgeon to view the prostate either directly or on a video monitor. A precisely controlled electric current, applied by a loop of wire at the end of the resectoscope, is used to shave off sections of the enlarged prostate. See the separate BUPA fact sheet on TURP for further details.

TURP is an effective procedure with over 90% of men reporting an improvement after the operation. However, as with any surgical procedure there is a risk of side-effects and complications. A common side-effect of this procedure is retrograde ejaculation – where semen passes into the bladder during orgasm instead of out of the penis. This is sometimes called a “dry orgasm”. Retrograde ejaculation is usually not a problem, although it may reduce fertility. Complications of the operation can include urinary incontinence or damage to the urethra, resulting in a “stricture” that can itself cause difficulty passing urine.

Transurethral incision of the prostate (TUIP) may be appropriate for men who have a less enlarged prostate. It is a quicker operation than a TURP and involves removing less tissue. It is performed under general or spinal anaesthetic. As with a TURP an instrument is passed up through the penis, but instead of removing a portion of the prostate, small cuts are made in the neck of the bladder and the prostate. This reduces the obstruction of the flow of urine.

Open prostatectomy is only recommended for men whose prostate is very large. It is a major operation and carried out under a general anaesthetic. An incision is made in the lower abdomen in order to remove the central part of the prostate.

This is a BUPA health factsheet for more details please go to www.bupa.co.uk 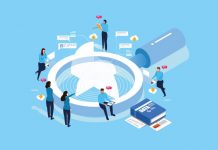 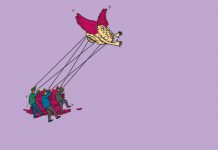 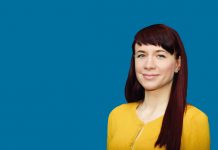 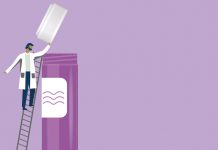 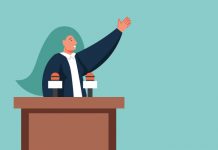