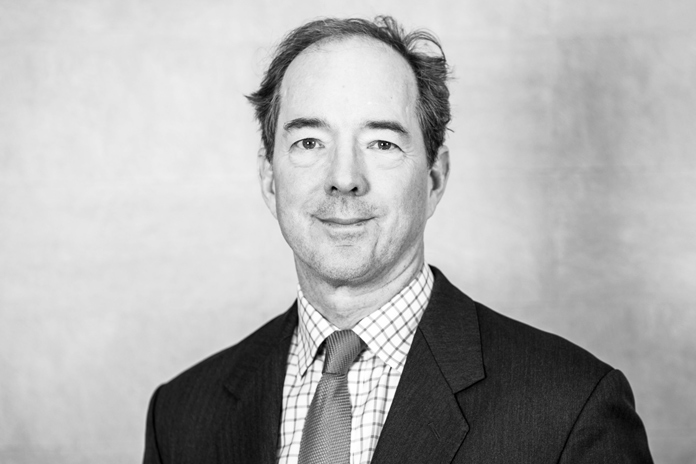 AI has massive potential for the pharmaceutical industry and there’s no time to waste. Mark Brewer of finnCap asks should pharma companies be building their AI capabilities?

There’s a catch-22 for many pharma companies in the great artificial intelligence (AI) debate. They are unlikely to get a competitive, early-mover advantage unless they invest confidently in AI; but they are often reticent to invest until its success is proven.

Pharma is, of course, an industry that deals daily with big data sets of immense magnitude, and it’s here that this conundrum feels particularly prescient. So waiting to formulate an AI strategy until more examples of its benefits become apparent is not advisable – by then it may be too late to catch up.

But the good news is that there are some truly ground-breaking developments happening at the intersection between AI and pharma. It’s worth taking a look at three in particular to get a greater appreciation of their true potential.

Insilico Medicine is a US-based bioformatics company which announced in September 2019 that it used AI to design, synthesise and validate a novel drug candidate in 46 days – 15 times faster than usual. The company developed GENTRL (Generative Tensorial Reinforcement Learning), a new AI system for drug discovery that was used to design a novel DDR1 kinase inhibitor from scratch in 21 days, then to synthesise and pre-clinically validate it in 25 days, a combined process that typically takes the pharmaceutical industry around two years.

In the initial 21 days, the AI program generated 30,000 novel small molecules that may work against fibrosis. In the subsequent 25 days, Insilico screened out and synthesised the six most promising compounds and performed in vitro tests for selectivity and metabolic stability.

An analysis of clinical trial data from January 2006 up to December 2015 found that only 9.6% of drug development programmes successfully progressed from Phase I trials to FDA-approval1. Most trials fail because the intervention does not demonstrate efficacy or safety, but other factors include flawed study design, participant drop-outs, shortage of money, or a failure to recruit enough participants. But this is where AI has the potential to save billions of dollars through increasing efficiency.

Take Deep 6 AI, which develops solutions to find patients for clinical trials. Researchers at the Cedars-Sinai Medical Center recruited two patients in six months for a cardio study. Using Deep 6 AI’s system, they identified 16 patients in 30 minutes, with eight patients recruited onto the study three weeks later. Such productivity gains allow small departments to increase the number of studies they can perform. The team of three recruiters at Cedars-Sinai is now able to find patients for 30 clinical trials in a year. By comparison, before utilisation of the Deep 6 system, the centre had one recruiter, who did one study a year.

Through utilising the vast amounts of genomic, biomarker, phenotype, behavioural, biographical and clinical data that is generated across the health system, AI also has the potential to transform clinical decision-making processes.

For example, a Bayer and MSD partnership is developing an AI-driven software to support clinical decision-making of chronic thromboembolic pulmonary hypertension (CTEPH). The tool – which received FDA Breakthrough Device designation in December 2018 – uses machine learning to comb through image findings from pulmonary vessels, lung perfusion, and cardiac check-ups, as well as the clinical history of the patient.

Bayer and MSD hope the system will enable radiologists to analyse these diagnostic images faster and identify patients with CTEPH earlier, more efficiently and more reliably. And the resulting earlier diagnosis of CTEPH would of course also allow for the earlier use of therapies, benefitting patient care.

From the universe of companies that my colleagues and I follow, it is clear to us that usage of AI is likely to become a greater differentiator in the next five to 10 years.

But the crucial thing for pharma companies to remember is that AI experts are not an unlimited resource, especially given that most of the talent in this sector naturally gravitates towards traditional IT and technology companies. In fact, even in companies dedicated to AI in healthcare, AI experts typically only comprise c. 15% of staff2.

Meanwhile, building AI capability is not as simple as buying some new computer equipment. AI infrastructure needs to be integrated across the entire company and have collaboration and buy-in from multiple departments. It may also require process changes in how data is procured and stored.

Another important motivator for building AI infrastructure is the inevitable entry of Big Tech into the healthcare field. Google, Microsoft, Amazon, Apple and Facebook have already announced different initiatives to enter the healthcare space – companies which will have fundamental advantages in terms of AI capabilities.

Therefore, for the pharmaceutical industry, waiting for more examples of AI’s efficacy is not advisable. Instead, pharma companies – especially where big data is prevalent – need to be building their AI capabilities. And they need to do it now.