A number of Britain’s leading hospitals are accused of treating an increasing number of private patients to raise their income.

New figures show that since the cap on the number of private patients that can be treated in NHS hospitals was lifted, some hospitals have seen an increase of up to 40% in their private income.

Under the terms of the Health and Social Care Act, introduced in 2012, hospitals were given the right to generate up to 49% of their income from private patients. New figures released under the Freedom of Information Act show that six trusts in London and the south-east have increased their private patient income since the Act was passed.

Hospitals that recorded an increase in private patient income include:

The Chelsea and Westminster Hospital Trust’s annual report expressed concerns about the focus on income from private patients and said: “Private income currently accounts for 5% of the trust’s overall income. Tony Bell OBE [chief executive] on 25 February 2014 said he would like the trust to increase this figure. We trust that any concentration on promoting the most profitable services does not have any negative impact on the NHS clinical services the hospital provides.” 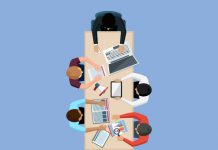 Opinion David Logue - April 7, 2020
David Logue, Senior Vice President of Commercial Strategy at Veeva on how to make HCP virtual events a success. A co-ordinated strategy is critical to...