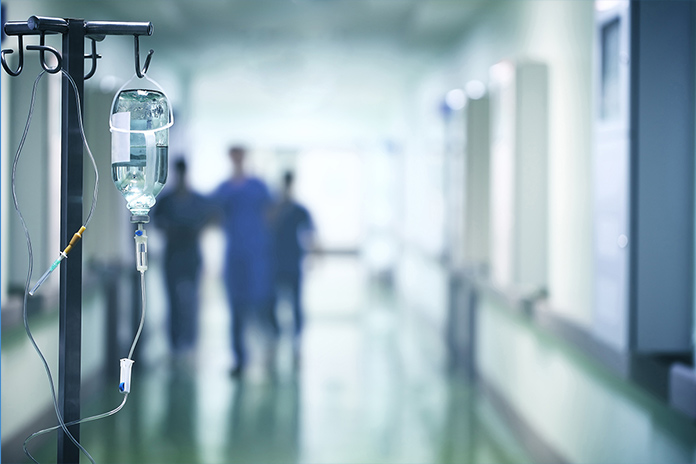 After declaring a Level 4 National Incident in relation to COVID-19 in late January, on 17 March the NHS set out measures to prepare for a surge in infections. From 13 March DHSC began to issue guidance to the care sector before publishing an action plan for adult social care on 15 April. So far, Government has allocated £6.6bn from the Coronavirus Emergency Fund to support the health and social care response to COVID-19 and £3.2bn directly to local authorities to respond to COVID-19 pressures across local services.

Action taken by the NHS to increase capacity meant there were enough beds and respiratory support nationally at the peak of the outbreak in April. Between mid-March and mid-April, the NHS increased the number of beds available for COVID-19 patients from 12,600 to 53,700, by, for example, discharging patients and postponing elective, or planned, procedures. Planned activity fell by 24% in March 2020 compared to March 2019. The NHS also contracted with private hospitals to use up to an additional 8,000 beds, and established temporary Nightingale hospitals.

Other measures implemented to help the NHS cope with the outbreak included the temporary deployment of 18,200 additional staff to clinical and support roles, of which around 8,000 were retired or former staff making themselves available for such roles.

There have been numerous outbreaks of COVID-19 within adult care homes in England, with more than one in three reporting an outbreak between 9 March and 17 May. This peaked at just over 1,000 homes in the first week of April. Some parts of the country were more affected than others, with the North East being the area with the largest proportion of its care homes (just under half) reporting an outbreak by 17 May.

Patients discharged quickly from hospitals between mid-March and mid-April were sometimes placed in care homes without being tested for COVID-19. On 17 March, hospitals were advised to discharge urgently all in-patients medically fit to leave in order to increase capacity to support those with acute healthcare needs. Between 17 March and 15 April, around 25,000 people were discharged from hospitals into care homes, compared with around 35,000 people in the same period in 2019. Due to Government policy at the time, not all patients were tested for COVID-19 before discharge, with priority given to patients with symptoms. On 15 April, the policy was changed to test all those being discharged into care homes. It is not known how many patients discharged to care homes had COVID-19 at the point they left hospital.

The £3.2bn funding for local authorities was to help them respond to COVID-19 pressures across all the services they deliver, including adult social care. Some in the sector are concerned that local authorities have not increased the rates they pay to care providers. In a survey by the Association of Directors of Adult Social Services, around half of local authorities said they were temporarily increasing rates.

Testing for health and social care workers has faced challenges. On 17 March the NHS announced that testing would begin being rolled out to NHS staff with symptoms. Limits on testing capacity meant tests started to be rolled out to symptomatic NHS staff from 27 March. This was extended to care workers on 15 April and to the rest of their households two days later. From 28 April, all care home staff were eligible for tests but the DHSC capped the daily amount of care home tests at 30,000, to be shared between staff and residents. The Government does not know how many NHS or care workers have been tested in total during the pandemic. Based just on tests carried out by the NHS, NHS England & NHS Improvement estimates that the number of NHS staff and the people they live with who were tested increased from 1,500 to 11,500 a day during April.

A range of bodies across health and social care have raised concerns about the supply of personal protective equipment (PPE). At the start of the outbreak, the only central stockpile of PPE was designed for a flu pandemic. Although an independent committee advising on stockpile contents had recommended in 2019 that items such as gowns and visors should be included, these had not been stockpiled. The central procurement route set up to supply PPE during the outbreak met the modelled PPE requirement (under a worst case scenario) for some items in NHS trusts, but distributed 50% or less of the modelled requirement for gowns, eye protectors, or aprons. It only addressed a small proportion of the modelled requirement for PPE among social care providers.

Within its wider programme of COVID-19 related work, the NAO will undertake more detailed assessments of specific elements of the health and social care response, which will also help to identify lessons for subsequent stages of this pandemic and other future emergencies.

“This report demonstrates the enormous efforts of staff across health and social care to respond at speed to the unprecedented challenge of the COVID-19 pandemic. While we have not sought to evaluate government’s response in this report, our work raises some important considerations,” said Gareth Davies, the Head of the NAO.

“The speed and nature of the response in health and social care has been shaped by longstanding differences between the sectors and ongoing financial pressures. Government’s ability to increase beds, ventilators, PPE and testing has varied in part because of the number of other bodies, both national and international, with which it has had to engage. All of these issues need to be taken into account as government plans for the later phases of the pandemic and future emergencies.”