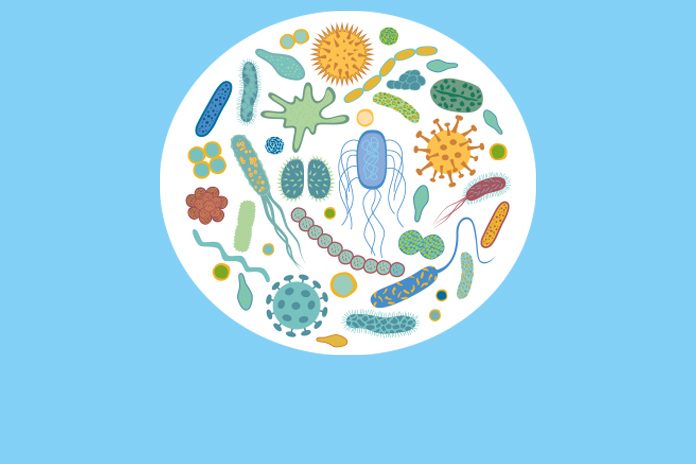 NHS laboratory testing of samples can take up to two days and the new test aims to allow doctors to be able to prescribe the correct antibiotic to a patient for an infection more quickly.

In a research paper published in the journal Biosensors and Bioelectronics, the University of Strathclyde team has demonstrated the system is capable of showing results in less than 45 minutes.

The scientists examined the difference in growth profiles between the common hospital acquired bacterial infections, Staphylococcus aureus, most strains of which are sensitive to antibiotics, and the drug resistant strain, MRSA, which is resistant to several widely used antibiotics and can be harder to treat.

Both strains were placed onto electrodes covered in a special hydrogel deposit which monitored bacterial growth and which also contained antibiotics.

Results showed that the susceptible strain can grow on electrodes modified with gel containing no antibiotic, but could not grow when the sensor was seeded with antibiotic. However, due to its antibiotic resistance, the MRSA strain was still able to grow on the electrodes which contained clinically relevant concentrations of antibiotics.

The paper’s lead author, Dr Stuart Hannah, said: “There is a small difference between what makes an organism susceptible to an antibiotic and what makes it resistant.

“In real terms, we were able to distinguish between the two strains in less than 45 minutes, which is a significant improvement on the current gold standard of up to two days.

“The technology uses a low cost, commercially available sensor which acts like a mini culture dish that can deal with any kind of clinical sample.

“The system is modified with a special gel deposit so that we can identify the difference between susceptible and resistant forms of common bacteria.

“Rapid result detection means you could pinpoint bacterial versus viral infections straight away and would be able to start working on the correct treatment more quickly for patients, which is very important for particular infections.

“Antibiotic resistance is less likely to develop if you give a narrower spectrum antibiotic.”

Antimicrobial resistance (AMR) – the ability of microorganisms like bacteria and fungi to grow in the presence of common antibiotics is an increasing problem.

According to a report released earlier this year by the United Nations and global health agencies, it could result in 10 million deaths worldwide each year by 2050 and damage to the economy as ‘catastrophic’ as the 2008-2009 global financial crisis.

To tackle it effectively, better diagnostic testing and new technologies which can speedily assess the effectiveness for antibiotics and which one to prescribe, are needed.

The consultant anaesthetist on the project, Dr David Alcorn from Paisley’s Royal Alexandra Hospital, said: “Being able to quickly diagnose an infection is a great enough ability, but to be able to also detect AMR within such a short period of time could prove to be a wonderful tool.

“It means that vital diagnostic information could be provided for clinicians across intensive care units, operating theatres, and emergency departments, to enable them to give the right drug at the right time.

“There is also scope for this to have an enormous impact within general practice and day-to-day healthcare.”

The researchers hope that if the test is developed for commercial use, it could be used by pharmacists and other points of care.

Dr Hannah added: “With the right commercial backing, a future device could be used at a GPs’ surgery, where they could effectively take a blood sample and do the test and have results within the hour, rather than sending samples to a laboratory and have to wait for a positive result.

“It could also have a place on intensive care wards. The first time someone is ill they are quite rightly given a broad spectrum antibiotic and also they have to wait for 12–72 hours for a result from the hospital laboratory.

“We would hope that the test can be located at the bedside and that it will allow doctors to switch from a broad spectrum agent to the right drug quite quickly.”

The next steps include developing the technology from a bespoke University laboratory approach into a generic prototype which can be tested in clinical settings with real patient samples.

The University of Strathclyde has backed the work by filing an initial patent and efforts are now being made to find routes to commercialisation.

Dr Hannah added: “Everything we are using can be mass manufactured which means that it is cheap to produce a working test. “

The team was awarded a Longitude Prize Discovery Award for the ‘Microplate’ project in 2017 to help develop their concept, as well as funding from the Medical Research Council’s ‘Confidence in Concept Scheme’.

The overall £8 million Longitude Prize, has a final deadline of September next year and is focused on solving the problem of antibiotic resistance.