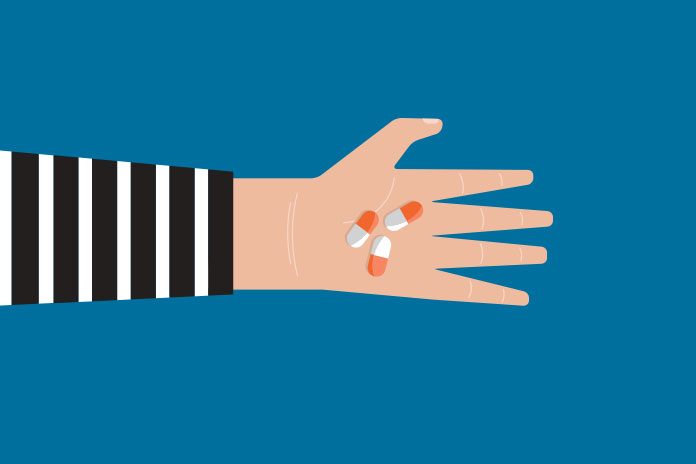 Psoriasis is a condition that varies in severity but the effect on patients goes deep. What new treatments are in the pipeline to make life easier?

Psoriasis is a skin condition affecting between an estimated 2% and 3% of the UK population – up to 1.8 million people – affecting males and females equally*. It isn’t just a skin condition; it affects people psychologically as well as physically, with one-third of patients experiencing depression and anxiety.

Carla Renton, Information and Communications Manager, The Psoriasis Association (which celebrates its 50th anniversary this year), says that the Association’s founder, Dr Dick Coles, was ahead of his time in that he recognised that the experience of psoriasis, its causes and effects, extends far beyond just the skin. It is this aspect of the condition, and the lack of help available, which can make it hard to bear.

“While many now accept that psoriasis can have a profound impact on mental wellbeing and quality of life, it is unfortunate that many people still find it difficult to obtain specialist referral when needed and to access effective medical and psychological treatment,” says Carla.

Dr Anton Alexandroff, Consultant Dermatologist & British Skin Foundation spokesperson, says that the negative psychological effects of the condition cannot be underestimated: “Whilst some patients may not pay too much attention to their condition, others are severely affected by it, especially if it presents in visible areas such as the face or hands, or in areas that can affect intimacy and relationships such as the genitals,” he explains. “In general because of its high visibility, psoriasis has a huge impact on quality of life. Patients are often depressed as their social, professional and intimate lives are affected.”

There are a number of different types of psoriasis, which appear on different parts of the body, and treatments vary:

Current treatments vary, from topical creams and gels to phototherapy and biologics. “Common plaque psoriasis can be treated with a potent topical corticosteroid with added vitamin D – this should be used intermittently after first month. Scalp psoriasis is best addressed with a short contact treatment such as a potent corticosteroid shampoo this can also be used intermittently in the longer term,” says Dr Alexandroff. “Guttate psoriasis is best treated with UVB phototherapy under the guidance of a consultant dermatologist. Third generation biologics (Interleukin 17/-23 inhibitors, such as secukinumab) are best to treat widespread psoriasis.”

The Psoriasis Association’s Carla says that there are a number of exciting new developments unfolding in psoriasis research. “There have been great advances in the treatment of psoriasis in the past 50 years – most notably the introduction of biologics which have been transformational for many people with this condition,” she explains. “It is an exciting time for psoriasis, with large and ground-breaking research projects such as BADBIR and PSORT which we are confident will discover more about the causes, behaviour and treatment of psoriasis.”

“Otezla oral treatment is an exciting new development in psoriasis management. In contrast to other systemic treatments, this small novel molecule immunomodulatory does not require any screening or monitoring,” adds Dr Alexandroff. “Like IL-17 inhibitors, it does not increase risk of infection (for example tuberculosis) or cancer, and recently became available privately and on the NHS.”

Specialist medical dermatology company LEO Pharma offers treatments and resources for people across the whole spectrum from mild to severe adult plaque psoriasis, and recently entered the area of biodermatology. LEO is also working on ‘beyond the pill’ advances in management of the condition. “There are exciting developments taking place outside of the pipeline, with LEO Innovation Lab recently launching an app to allow people to take control of their psoriasis by tracking their skin and symptoms, and LEO Open Innovation screening compounds from external researchers free of charge in a bid to drive new discoveries,” says Mike Hinchy, Sales & Marketing Director, Dermatology. “These are exciting times.”

In June 2018, Novartis announced the publication of a global survey on psoriasis. The publication highlighted that patients may face a long journey to attain almost-clear or clear skin.

I must have been about six or seven when my mum noticed some strange marks on my knees. I’d fallen over a little while before and during the healing process, something kick started my immune system and my psoriasis came out to play.

Skin conditions were not uncommon within our family. My maternal Nan had suffered with psoriasis and eczema, the latter of which was passed to my sister, who would find childhood trips to the seaside particularly painful as the salt water crept over her sore skin.

One of my earliest memories is going to the hospital after school, sometimes daily, to receive various topical treatments.

After being creamed and left to ‘set’ I’d get to bath it all off, and my mum would wash my hair in hospital-issue pink shampoo that smelt like sweet almond. I loved it.

Since then, and as I’ve grown up, my treatments have evolved. Anything from UV to methotrexate to biologics, all with varying degrees of success. Typically I start off well with medication but then it’s as if someone flips a switch and my body says, ‘Thanks but no thanks’.

One of the hardest times was ‘the methotrexate years’. Everyone reacts differently, but I really struggled with the side effects. I started taking the tablets on a Thursday evening, which meant most of Friday would be spent feeling like I had the worst hangover, sick to my stomach. Some days I couldn’t face the smell of certain foods, others I would be craving greasy carbohydrates and sugar, sugar, sugar.

Eventually I moved on to the injections, and for a time this seemed to be a good alternative until a series of serious upset stomachs meant I couldn’t continue. After that came Ortezla and Cosentyx, the latter of which suited me best. Like the Goldielocks of the psoriasis world, I had stumbled across something that seemed just right! But, for one reason and another, I couldn’t continue. Right now, I’m letting everything leave my system and although my patches are creeping back I feel healthier than I have in a while.

I’ve always been pretty positive about my skin. It is part of me but it does not define me. Sometimes during a flare up it’s tempting to cover up, but what would that achieve? Confidence is key, and if I’m not bothered by what’s on the outside, why should anybody else be? (With thanks to The Psoriasis Association.)