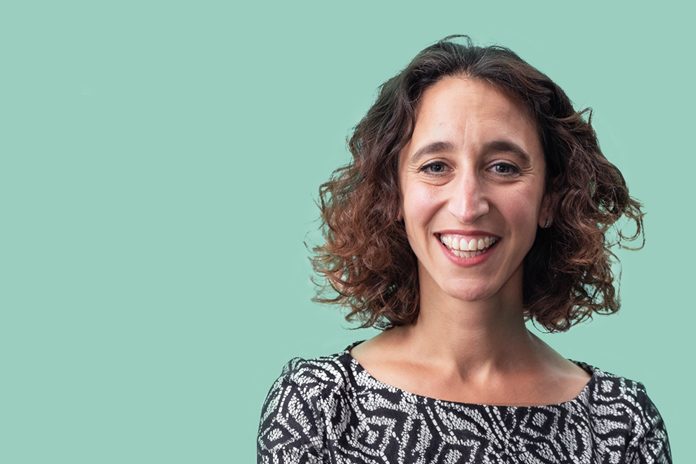 Caroline Gordon explores political attitudes to prevention in the NHS and the role of industry in prevention policy.

If you ever want to have a room of health chiefs and politicians nodding their heads in agreement, a good place to start is to talk about the benefits of early interventions, improving lifestyles and the ‘prevention agenda’.

Until fairly recently, prevention has been an agreeable sideshow in the politics of healthcare in the UK, separate to the more serious discussions about treatment.

While there has been talk in the past about ‘doing more on prevention’ to give it more strategic importance (not least as the first chapter in the Five Year Forward View), the past year has seen a distinct change in tone.

“Over the coming months, industry has a unique opportunity to set out its stall on prevention and show it can be a partner, not an adversary, when it comes to prevention policy”

Since taking on the role as Secretary of State for Health and Social Care, moving from his previous focus in culture and sport, Matt Hancock has been less effusive towards the life sciences industry than his predecessors.

In his first interview in the job, he told The Times newspaper that the old pharmaceutical tactics of calling on politicians to make the case for patient access would not be welcome.

He has repeatedly sung the praises of low cost, preventative interventions – gardening, choirs and Zumba classes – over pharmaceutical interventions, provoking endless headlines and articles on the merits of social prescribing.

While the noise around Brexit has dominated public attention in the last 12 months and more, the NHS will always be a hot political issue.

The NHS Long Term Plan, published in January 2019, backed up Matt Hancock’s enthusiastic embrace of the potential of prevention – which in Hancock’s view needs to be squarely seen as an alternative to medicine.

The Long Term Plan included new, specific measures such as the Primary Care Networks, aimed at making prevention mainstream, bringing it into the core business of the NHS, and setting out a clear challenge to the pharmaceutical industry.

Prevention is now seen by those close to the Secretary of State as something that will help the UK better manage and potentially reduce spending on treatment. In adopting this mindset, Hancock has started to invoke a new political language around prevention that puts it at odds with spending on pharmaceutical products. As a result, understanding prevention should now be a topic right at the top of the ‘to-do’ list of everyone working in healthcare government affairs.

The 2012 Health and Social Care Act shifted strategic and spending decision making to the NHS itself, but politicians – whose inboxes and constituency surgeries are still full of voters’ concerns around local healthcare provision – still have a crucial role in setting the vision. Backbench MPs can often make all the difference when it comes to challenging government policy on medicines and health.

So – do the current crop of MPs agree with Matt Hancock that prevention is good and that we could be spending a lot less on treatment?

WA Health set out to poll 100 MPs from across the House of Commons on their views of the NHS Long Term Plan shortly after it was released. We wanted to discover the extent to which MPs backed the Long Term Plan, and in particular whether they would be in favour of a shift to prevention over treatment.

After all, it’s one thing to back an increase in spending on prevention, but quite another when it is openly at the expense of medicines spending.

Nearly two-thirds of MPs we polled believe the NHS should direct more resources towards prevention, rather than increasing funding for new treatments. This finding shows that Hancock’s message is getting through to politicians from across the House. One in five MPs surveyed strongly agree with the sentiment of shifting more resources towards prevention, indicating that many may be willing to push the Government to go further in shifting focus away from treatment in terms of a purely preventative approach.

Through the NHS Long Term Plan

(which our polling showed was overwhelmingly backed by MPs of all parties) that political support has evolved into tangible policy programmes that – if delivered as planned – could reframe the NHS around the prevention narrative.

Of course, the funding pie for health spending is finite. Any money shifted from treatment to prevention could have consequences around patient access to

life-changing medicines. But strikingly, when pressed if they would be concerned that a focus on prevention would lead to

their constituents receiving a poorer standard of care, 43% of MPs surveyed stated they would not be concerned.

It is worth reflecting on this finding. MPs have a long history of campaigning for access to new treatments and their recent behaviour – vocally backing families of children waiting for new treatments for conditions such as cystic fibrosis or spinal muscular atrophy – shows this is still the case for MPs of all parties.

However, there may be a growing perception from MPs that more funding for prevention would automatically lead to a drop in treatment spending – although in truth, any savings would clearly not be realised for many years, if at all.

Furthermore, MPs may also conclude that spending on treatment ought not to be so high in the first place, so a reduction in favour of prevention would not necessarily equate to worse outcomes.

The pharmaceutical industry needs to make the case that without access to innovative new treatments, patient outcomes will be worse. What may seem a simple distinction for many in the industry, may not be immediately apparent to MPs. This is a challenge for industry, and one that healthcare communicators must overcome.

As prevention develops its own place in the political lexicon, it also needs to be better defined. Depending on who you ask, prevention can mean anything from careful therapeutic management through to expanding the sugar tax, and everything in-between.

These distinctions all come into play when spending decisions are being considered. To better understand how MPs define prevention, we asked them to rank their most important prevention initiatives.

Perhaps unsurprisingly, their highest priorities focused on cutting obesity and improving physical activity. Preventative initiatives to improve mental health also ranked highly – particularly among the 2017 intake of MPs. Much lower priorities were genomic testing and predictive prevention, with just 27% of MPs choosing this option in their top three.

For industry, this again suggests that MPs view prevention in traditional terms – more aligned to the social prescribing model than the innovative opportunities that industry has played such an important role in. But it also makes clear that the language of prevention is still up for grabs.

Over the coming months, industry has a unique opportunity to set out its stall on prevention and show it can be a partner, not an adversary, when it comes to prevention policy. With the Government’s Prevention Green Paper just around the corner, now is the time for action.

Caroline Gordon is Director of WA Health. Go to www.wacomms.co.uk