The lack of new antibiotics is exposing the UK population to serious risk from untreatable gonorrhoea, the Health Protection Agency (HPA) has warned.

The Agency’s Gonorrhoea Resistance Action Plan aims to maximise the effectiveness of existing treatments after a year in which new diagnoses rose by 25%.

The increasing prevalence of antibiotic-resistant strains draws attention to the lack of new therapies, a problem highlighted by GSK’s Andrew Witty in 2012.

With treatment failures occurring worldwide and no new antibiotics in the pipeline, England’s Chief Medical Officer recently argued that antibiotic resistance should be considered a civil emergency on a par with terrorism.

Current fears that the transfer of sexual health services to the council-funded public health system will see cuts in these services has intensified concern about the likely spread of untreatable gonorrhoea.

Andrew Witty, CEO of GSK, commented in 2012 that by the time a viable commercial model for new antibiotics existed, it would be too late to avert a serious pandemic. “The market has failed,” he concluded.

Antibiotic Action, a new UK-led initiative to encourage global investment in the development of new antibiotics, is working to establish an all-party Parliamentary Group that can address the issue.

Professor Laura Piddock, Director of Antibiotic Action, commented: “The GRASP Action Plan is a good example of why we need new drugs, and begs the question why they are not being developed for this infection. Government must act now to avert this and similar crises that threaten the health of our nation.” 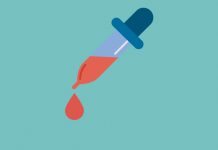 Healthcare Emma Morriss - August 28, 2020
The two largest funders of cancer research in the world are set to make radical progress against cancer with a new scientific cancer research...