The public enquiry report on preventable deaths at Stafford General Hospital has placed emphasis on improving the ‘transparency’ and regulation of the NHS.

However, it does not – as had been predicted – recommend that the NHS have the power to take back Foundation Trusts into public ownership.

In addition, it blames the breakdown of care at Stafford Hospital, which caused 400 to 1,200 preventable deaths, on a “systemic” failure rather than calling for leaders to be held responsible.

The Staffordshire-based organisation Cure the NHS said it would continue to campaign for the dismissal of those who “covered up” the scandal, including NHS Chief Executive Sir David Nicholson.

The scandal of poor care at Stafford General Hospital between early 2005 and early 2009 has been called the most serious failure of care standards in NHS history.

The local PCT, the Healthcare Commission and the Royal College of Nursing all denied that anything was seriously wrong. Only local campaigners kept the number of deaths and the suffering of patients in the public eye.

The first enquiry in 2010, which was internal to the NHS, concluded that a “chronic shortage” of nursing staff caused by the hospital’s drive to meet the financial conditions to become an FT was the main cause of the problems.

It also noted the severe negligence implied by persistent failures to provide “the most basic elements of care” to patients in terms of hygiene, pain relief, feeding and hydration.

The Labour Government twice refused to open a public enquiry into the Mid Staffs scandal, but the Coalition Government did so in 2010.

In May 2011, Nicholson warned that the Francis report would conflict with the direction of NHS reform: it would recommend the unification of Monitor with the Care Quality Commission (CQC), when their roles were being moved further apart; and it would recommend that the NHS take back FTs that failed to maintain care standards, when FT status was being made obligatory.

The 12-month delay in the publication of the Francis report may be linked to these issues – certainly, the recommendation concerning FTs has been dropped. While the joining of Monitor with the CQC is still recommended, it appears unlikely given that Monitor is now concerned only with enforcing competition.

Other recommendations in the Francis report include:

• A “duty of candour” towards patients and the public for all healthcare organisations, including a ban on gagging clauses and a requirement to publish all upheld complaints on the organisation’s website.

• Only registered people may care directly for patients.

• The CQC should develop a team of specialist hospital inspectors.

• GPs should be responsible for monitoring secondary care services received by their patients.

Health Secretary Jeremy Hunt has said that “the crisis in standards of care” is the single greatest problem facing the NHS. However, how the recommendations of the Francis report can be integrated with the market agenda of the NHS reforms – for example, how the “duty of candour” compares with the commercial confidentiality insisted on by independent health providers – remains to be seen. 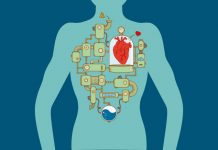 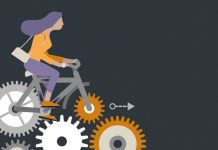