The Care Quality Commission failed to take action over preventable deaths at a Cumbria hospital in 2008 and 2009, a report has concluded.

The CQC assured the ombudsman that it would take action, but did not do so – and in 2010, it decided not to publish the results of an internal review.

CQC Chairman David Prior (pictured), who was appointed in January 2013, said it proved that “at a senior level the organisation was dysfunctional” before its reform.

More than 30 families have taken legal action against Furness General Hospital in Barrow, following many deaths and injuries at its maternity unit.

The death of one baby, Joshua Titcombe, is the subject of a police enquiry. The child was declared in good health though his mother had been diagnosed with an infection. He died ten days after birth.

An internal CQC review in 2012 determined that the CQC had failed to take appropriate action – but it decided not to publish the findings.

The report, by consultancy Grant Thornton, said that this chain of events “might well have constituted a deliberate cover-up” by the CQC, and warns that the regulator has “a dysfunctional working relationship” with hospital trusts.

David Prior commented: “This is a shocking state of affairs. I am desperately sorry this has happened.”

The recent changes to the CQC’s board and senior executive team should ensure that such a situation did not recur, he said.

Health Minister Norman Lamb commented that the care failings detailed in the report were “disgusting” and called for full public disclosure. 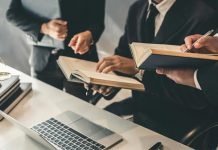