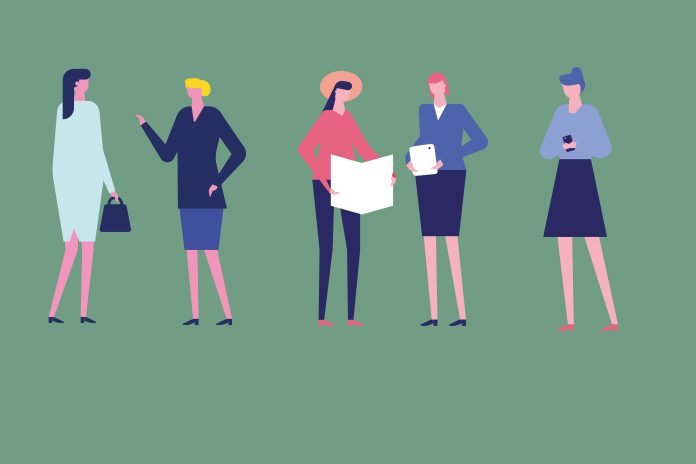 Hormone replacement therapy (HRT) has been battling perceptions of its safety reputation for over 15 years. But for people going through menopause, it can have a significant effect on their symptoms and for most is it considered safe. How can the taboo of HRT and menopause be broken for the benefit of more than 50% of the population?

Like the now debunked link between the MMR vaccine and autism, HRT has been dogged by a bad safety reputation since it was linked to breast cancer in a research study published in 2001. Despite follow-up studies reporting that the benefits of HRT outweigh the risks for most women, the research and subsequent media coverage caused confusion amongst healthcare professionals and members of the public and led to a collapse in confidence in HRT and a dramatic drop in HRT use around the world.

“No-one is excluded from Rock My Menopause; we have information on transgender health and menopause, for people with learning disabilities and also menopause and mental health.”

Menopause is a natural stage of life and is defined as when a person has not had their monthly period for at least 12 months. However, it is a common catch-all term for perimenopause (pre-menopause), and the symptoms associated with changes in hormone levels.

Although it is a stage of life experienced by more than 50% of the population, there is a lack of understanding of the significant effect that menopause can have on quality of life.

“These symptoms can be non-existent, last for a few years, or for some women they can last for decades. Around 75% of menopausal women experience symptoms, with around one third of these experiencing severe symptoms.”

Addressing these symptoms should involve lifestyle changes, as Dr Anne Connolly, Chair of the Primary Care Women’s Health Forum explained: “Women expect to spend nearly half their lives post-menopause. They should consider lifestyle changes as well as whether they take HRT at the time of the menopause, protecting their hearts and bones with simple life choices such as smoking cessation, weight management and increased exercise.”

HRT replaces the hormones that decline around menopause and perimenopause, meaning it can relieve many of the symptoms that impact on quality of life, particularly hot flushes and night sweats.

There are two main types of HRT:

Oestrogen-only HRT can be taken as a pill, patch or gel. Progesterone is combined with oestrogen in patches or pills. 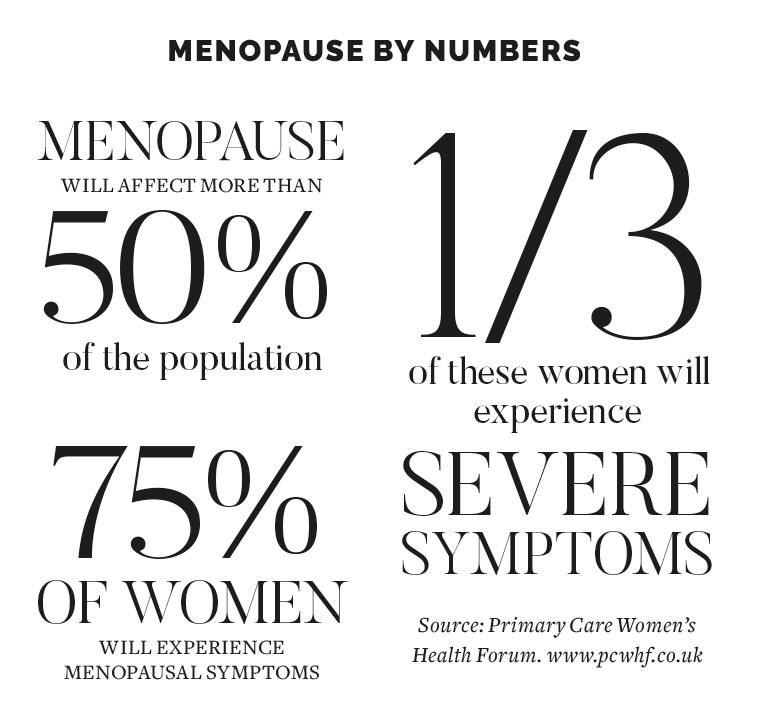 Although HRT has been available in the UK since the 1960s, much of the reported research into its safety over the years has been conflicting and confusing. This led some women to stop taking HRT and doctors advising patients to come off it. From 2003 to 2007, HRT use more than halved.

In 2015, the National Institute for Health and Care Excellence (NICE) produced a good overview of HRT using national experts to review all the evidence available to them at the time.

‘Menopause: diagnosis and management’ clarified that for women around menopausal age, oestrogen‑only HRT causes little or no change in the risk of breast cancer, and HRT that contains oestrogen and progestogen may increase breast cancer risk. This risk may be higher if HRT is taken for longer but falls again when a person stops taking HRT. It also clarifies risks around HRT and blood clots, heart disease, stroke, Type 2 diabetes, osteoporosis, muscle strength and dementia.

There are a few reasons that women can’t take HRT including those who:

And for some younger women who have an early menopause, it is important that they take HRT to replace the hormones that they should have and reduce the morbidity and mortality associated with early oestrogen loss.

Following the revised NICE guidance on HRT prescribing, work is happening to increase GP and healthcare professionals’ understanding of HRT as well as raise awareness of menopause amongst the general public.

There’s no doubt that research into HRT has created concern and confusion around the treatment. This has led to women not wanting to use it. However, beyond that many people don’t identify their symptoms or know their options for treatment. To tackle this, E4H launched Rock My Menopause, a public-facing campaign for the Primary Care Women’s Health Forum (PCWHF).

Rock My Menopause set out to break the menopause taboo, raise awareness of symptoms and give women the confidence to speak to their primary care clinician and get the best treatment.

Rock My Menopause was launched on BBC Breakfast on the first day of #BBCMenopause ‘Wake Up To The Menopause’ week.

“Our campaign focus was clear,” explained Hazel Lodge, Commercial Director of E4H, “Working for the PCWHF, they wanted to support women to identify and understand their menopause symptoms, have the confidence to discuss them, break down the taboo and also seek the right treatment, whether or not that included HRT. We also wanted to raise the profile of PCWHF amongst healthcare professionals.

“Rock My Menopause started as a closed Facebook Group for women to discuss their symptoms and support each other.”

The Facebook group was a great starting point, but key messages needed to be constructed and delivered more widely.

“We felt that the taboo around menopause, and that many women didn’t identify their symptoms as perimenopausal, would be the best place to start. By encouraging conversations, we aimed to normalise the subject and enable more people to consider they may be menopausal, and not brush off their symptoms.”

In order to do this, E4H created the term ‘Menovist’, defining it as a person who stands up for those going through the menopause; encouraging and engaging in menopause conversations and helping stamp out the taboo. Hazel continued: “This was our call to action, to encourage people to sign our #Menovist pledge, share via their social media and champion menopause in daily conversations.

“Alongside that, and being backed by the expertise of the PCWHF, our campaign website includes useful information including a symptoms tracker and treatment information. Content is approved by the PCWHF’s primary care clinicians and offers a reliable source of information.

“No-one is excluded from Rock My Menopause; we have information on transgender health and menopause, for people with learning disabilities and also menopause and mental health.”

The campaign focuses on pelvic floor health, with the social media campaign #PelvicFloorFace.

Setting up and launching the campaign in 10 weeks was a great team effort, culminating in its launch on BBC Breakfast. Rock My Menopause Spokesperson and PCWHF Board Member, Jane Davis, discussed the campaign and shared the #Menovist definition. “Information is power; women are better informed and more empowered. We have seen this through the Rock My Menopause campaign; how social media has provided a channel for discussing and sharing information.

“The message from BBC Menopause was loud and clear – hormone replacement therapy (HRT) should not be denied to women on the basis of unfounded fears. For those of us who have worked through the HRT scares of the early 2000s, this will have been music to your ears.”

The campaign was incredibly well-received with the Facebook group growing over 500% in the first week. It also saw increased web and social media traffic, adoption of the #Menovist hashtag, and a spike in healthcare professionals becoming PCWHF Members to continue their professional learning in women’s health.

A population-based cohort study of HRT use and breast cancer in southern Sweden, 2001 https://www.ncbi.nlm.nih.gov/pmc/articles/PMC2364137/