Actelion has appointed the experienced Jean-Pierre Garnier (pictured) as the Chairman of its Board of Directors.

Members of the board nominated Mr Garnier in favour of its existing chair Robert Cawthorn, who has held the position since the company’s inception.

Mr Cawthorn said he was grateful for the opportunity and is delighted that a “highly experienced and very successful leader with an unparalleled career in the healthcare industry” will lead the company.

Mr Garnier was the first CEO of GSK after its inception from 2001 to 2008. Prior to that, he served as President of Schering-Plough’s US business and served as CEO at Pierre Fabre Labs for two years after leaving Glaxo.

He has been awarded various accolades for his work in healthcare and also serves on the Boards of Directors of the United Technologies Corporation, Renault S.A, and Cerenis.

“I am extremely proud to have been nominated as Chairman of the Board of Actelion,” said Mr Garnier. “I’m very impressed with the company’s track record and its position today as Europe’s largest biopharmaceutical company.

He added that since joining the company earlier in the year, he has become “even more convinced” of the company’s capacity to transfer drug discovery into “meaningful therapeutic solutions”.

“Since joining the company this spring, I have become even more convinced of Actelion’s capacity to translate superior drug discovery into meaningful therapeutic solutions and long-term business success. I look forward to guiding the company in the next phase of its growth together with my fellow Board members, management and all the Actelion employees.” 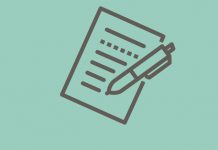