Dr Ford is a biotech entrepreneur who previously co-founded Xention, Ario Pharma and Metrion Biosciences. He gained his BSc and PhD at the University of Leeds, where he worked on the structure and function of TRP channels, and has over 18 years of experience in ion channel research, drug discovery and drug development.

Recently, he was a member of the Executive Team at Dezima that developed TA-8995 for dyslipidaemia. He later sold the company to Amgen in 2015 for up to $1.55bn.

Enterprise Therapeutics is developing novel muco-regulatory therapies for patients suffering with chronic obstructive pulmonary disease, cystic fibrosis, and severe asthma, by targeting mechanisms that increase the clearance of mucus or reduce levels of mucus production in order to alleviate the symptoms and complications associated with respiratory disease.

Commenting on his appointment, Dr Ford said: “I look forward to working with the team and our investors in this important next stage of growth.” 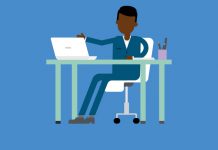