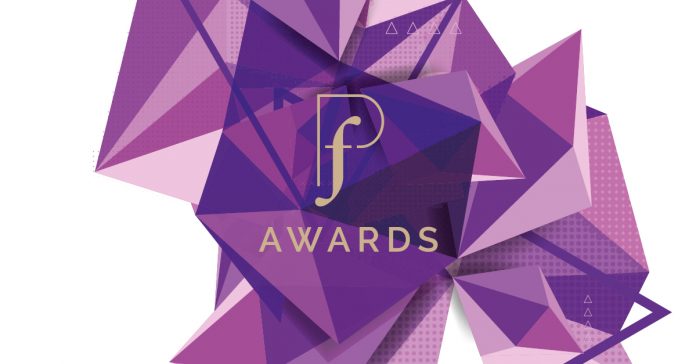 The third Pf Award Winners Club brought together winners past and present to commemorate the accomplishments that embody true sales excellence.

On 27 September, an exclusive invitation brought together Pf Award winners past and present to network, celebrate their well-deserved wins and reflect on the impact winning has had on their careers. They were joined by special guests, sponsors and Pf Awards supporters to be honoured, whilst building excitement for entries to the Pf Awards 2019, which are now open.

The Pf Award Winners Club 2018, sponsored by IQVIA, was held in the iconic Tower Bridge. Attendees were welcomed by the most stunning sunset and London’s impressive skyline. One feature of the location was a glass floor which enabled guests to watch as the bridge opened to let through river traffic.

Formally opening the event and welcoming everyone to this exclusive location above the River Thames, Karl Hamer, Managing Director of E4H, referenced the esteemed venue for such a prestigious gathering before sharing some interesting facts about the bridge, including that it was once jumped by the number 78 bus.

Karl then introduced Melanie Hamer, Founding Director of E4H and the driving force behind the Pf Awards. Sharing her passion for the Pf Awards that is so evident, Melanie explained that entries are growing year on year, making them the largest pharmaceutical sales awards in the UK. With entries open for Pf Awards 2019 and with interest from many companies in being involved, Melanie shared how she is hoping it will continue to grow.

As it was time to celebrate the previous winners in the room, Karl called them to the stage to receive their Pf Award Winners Club lapel badge. To much applause, winners extending back over a decade filed to the stage. 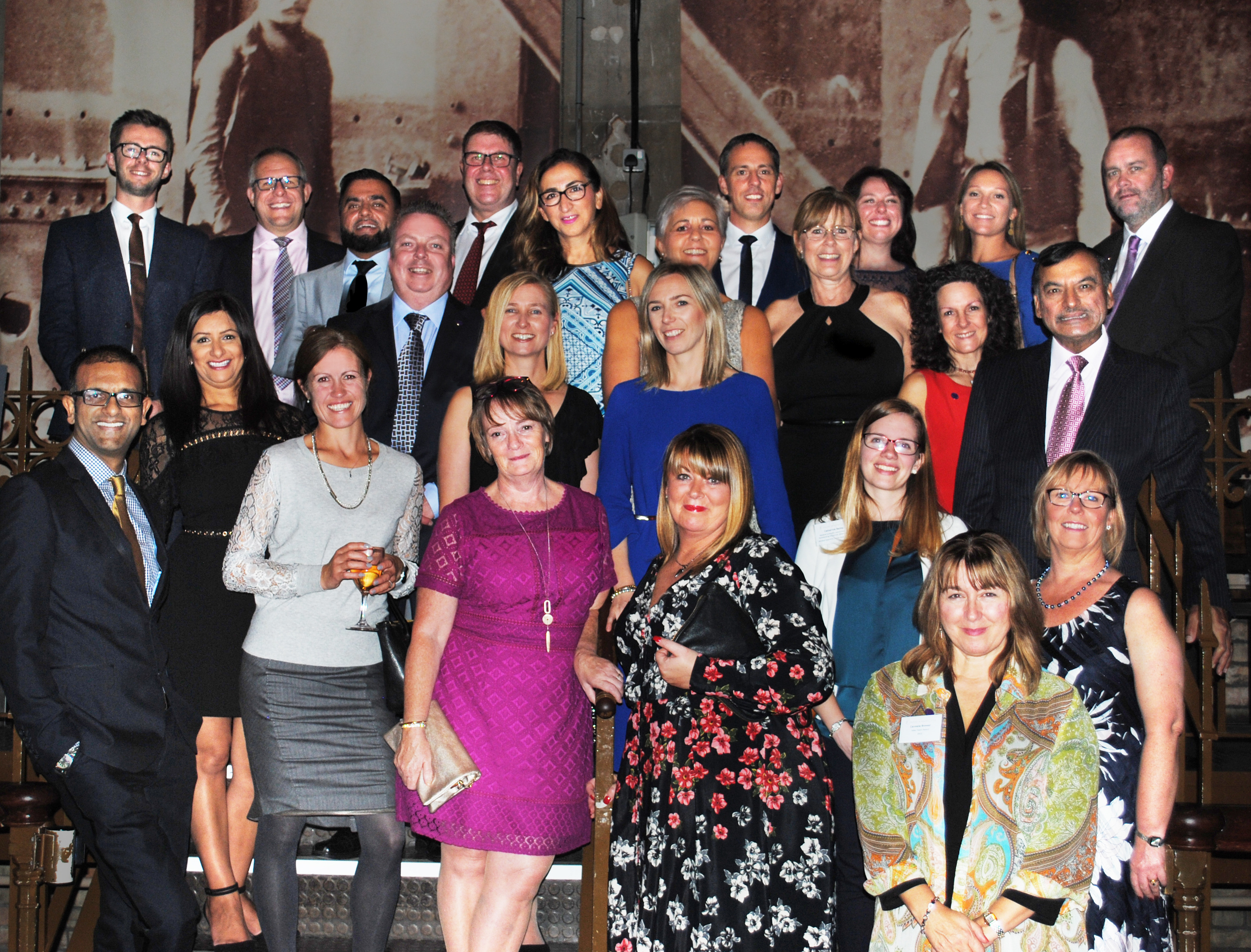 After all previous winners had collected their lapel badge, accepted applause and congratulations, Melanie welcomed adventurer and ‘Ultimate Triathlete’ James Ketchell to the stage. James’ list of achievements is impressive, having rowed the Atlantic solo, summitted Everest and cycled around the world.

Sharing his story, James explained that the catalyst for his adventures was a huge motorcycle accident which left him in hospital with multiple injuries and unable to even move for three months. Whilst in hospital, James reflected on his life and his childhood dream to row the Atlantic.

He said: “Ever since I was a child, I had dreamt of rowing a boat across the Atlantic, but I wasn’t sure I could do it. I didn’t want to try it and fail. But that was the wrong way of looking at it. The crash brought into perspective the fact that I was unlikely to do these things again, which then became my aim for recovery.”

Following two years of recovery, James achieved his dream and entertained the attendees with stories of flying fish hitting him in the face and being bitten by fish as he cleaned the bottom of his boat.

Sharing what got him through, James explained: “Rowing the Atlantic was easy; I was tired, I was hungry, but there was no skill involved. Believing in myself was harder.

“I learnt that to row a boat you need to stay on an even keel. Things change a lot, but I was still progressing towards my goal. Like in life, things get rough, but it helps you to build confidence.”

“Do something you haven’t done before and good things will come your way,” was one of many motivational soundbites from ‘Captain Ketch’.

His next adventure was to climb Everest, a feat which James said: “Involves a lot of luck. You can be as fit as you like but it’s the low levels of oxygen that get you. The path up Everest isn’t straightforward, you climb it numerous times, going up and back from camp to camp.

“From the experience, I learnt that when you make the effort to do something, that is when good things happen. Don’t stop short. There are no shortcuts to anything worth having.”

James’ other achievements include cycling around the world, during which he spoke to schoolchildren in each country he passed. James again intends to speak to children around the world when he undertakes the ‘last great aviation record’, flying a gyrocopter around the world. His parting words to the

Pf Award Winners Club were: “Find what you love to do, take that and run with it.”

He certainly left attendees motivated to follow their dreams and use their Pf Award win as a launch pad to the future.

With so many fantastic winners in the room, Pf Magazine took the opportunity to speak to some of them about the Pf Awards they’ve won, and the impact it’s had on their career.

Phil Unsworth of Novo Nordisk Ltd and Helen Thornton, Clinical Nurse Specialist for Children and Young People, St Helens and Knowsley Teaching Hospitals NHS Trust, won the 2017 Joint Working Award, sponsored by Bayer Pharmaceuticals. Phil attended the Winners Club with his wife Gail. Phil said of his win: “Our Pf Award win in 2017 has had a real impact. I work in the non-promotional side of the company, and it has really elevated the nurse team profile. Since winning the Pf Award, our work has been adopted nationally through the Children and Young People’s National Diabetes Network. The Pf Award gave a boost to the project. It was fantastic to be recognised and we’ve never lost the focus on why we do it. There can be some real misconceptions between the NHS and pharma, but our project is a great example of how both systems can work together to change things for patients, and in this case children and young people.”

Elizabeth Stacey, who won the 2016 Team Manager Award, sponsored by LEO Pharma Ltd, said: “The Pf Award Winners Club is lovely. I’ve been in pharma for a long time, and it’s a fantastic opportunity to meet old friends and some new faces. I was six months pregnant when I won my Award. I had previously won internal awards, but when I was entered for the Pf Award I wasn’t expecting to win. It was such a lovely surprise.

“I have now left pharma and set up as a coaching consultant. It has been a great opportunity to reinvest in myself; and do more of what I love.”

Raheel Mirza won the Learning and Development Initiative Award, sponsored by Excel Communications, at the Pf Awards 2016. Raheel explained: “My Pf Award win was a real springboard. I have been in the industry for 20 years and my career has rocketed since I won. I have reflected on my win and my career progression and it clearly correlates. I would encourage everyone to apply and I would like to enter again in the future.”

Kashif Yaqoob, Winner of the Primary Care Specialist Award, sponsored by Forte UK at the Pf Awards 2017, didn’t quite believe that winning a Pf Award would change his career and life. “My Award win helped me to move on my career. When I won, I was extremely emotional. At the time, Melanie told me that it would change my life, and I didn’t expect it to happen. But it has made a huge difference. It was a massive achievement for me and has made a huge difference to my prospects.”

Greg Palin of Star was Joint Winner in the Emerging Talent Award, sponsored by IQVIA at the Pf Awards 2018. His win had an immediate effect on his career. “Since winning my Pf Award, I was quickly promoted, and the win definitely helped. It gives me weighting and credibility.”

The Pf Award Winners Club was sponsored by IQVIA, who said of the evening: “IQVIA is proud to sponsor the Pf Award Winners Club 2018 at the stunning Tower Bridge. Seeing so many high-performing members of our industry come together to celebrate their achievements, network and discuss the impact their win has had on their careers was fantastic to be involved with.

“We are proud to be able to support such a fantastic mark of quality in pharmaceuticals and healthcare. Congratulations to all winners, past and present, and best of luck to everyone entering Pf Awards 2019.”

As the evening drew to a close, thoughts turned to the Pf Awards 2019. Pf Award sponsors in 2018 and 2019, Andy and Chris Anderson of Evolve Selection, said: “This is our second year supporting the Pf Awards and it’s lovely to be back. The Pf Awards raise awareness of the talent in the industry and we enjoy helping to recognise the hard work and achievements of everyone who enters.

“The winner of the Award that we sponsored in 2018 was also the Pf Awards 2018 Outstanding Performer Award Winner. This was such a fantastic achievement and we were proud to have been the sponsor of that Award. Good luck to all the entrants and finalists in the Pf Awards 2019, we can’t wait to be there to support them.”

Greg Palin then offered some final advice for anyone thinking of entering: “Throw yourself into it with no fear. I went in with nothing to prove but a lot to gain. It can really help your career. Even if you don’t win the experience is great, including the Assessment Day, it helps to develop skills and confidence.”

To see all of the photos from the night visit: Pf Award Winners Club 2018

or to find out more go to www.pfawards.co.uk